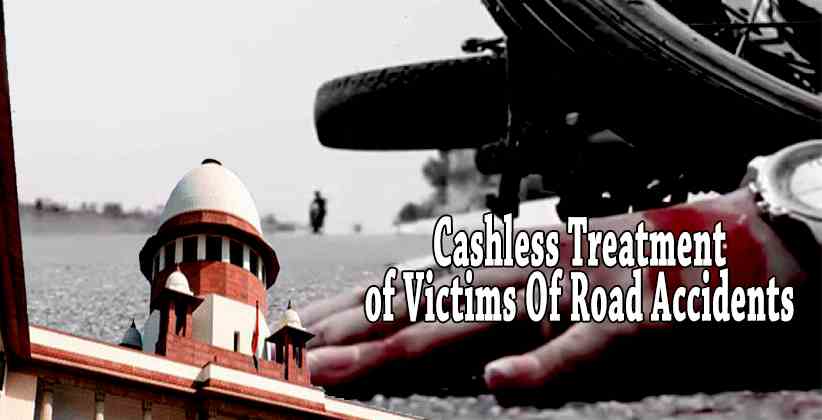 As reported on 24th February, 2020 Kamal Kumar Pandey has approached the Supreme Court to file a petition under Article 32 of the Constitution specifically under the writ of Mandamus to issue the directions to universally extend cashless treatment to all injured victims of road accidents in the country. The petition is being filed by Advocate Kamal Kumar Pandey. He is filing the PIL on behalf of self motivated social worker Mr. Rakesh Singhal who is moved by the plight of the road accident victims.

The cashless treatment for the road accident victims is already in talks that was conveyed by the Union Minister Nitin Gadkari on January 29th, 2020. He has asked the insurance firms to support the roll out scheme. The road transport ministry is close to finalizing a cashless treatment scheme to ensure they are not denied immediate medical attention for lack of funds.

The details are however yet to be decided by the government.

"The first few hours after an injury, known as ‘golden hours’, is when there is the highest likelihood of preventing death with prompt medical treatment."

Furthermore, the funding will depend on the victim's treatment on whether he/she is insured or not. Depending upon the insurance, they will be treated through the Motor Vehicle Accident Fund that will be funding the amount for compensation in hit and run cases.