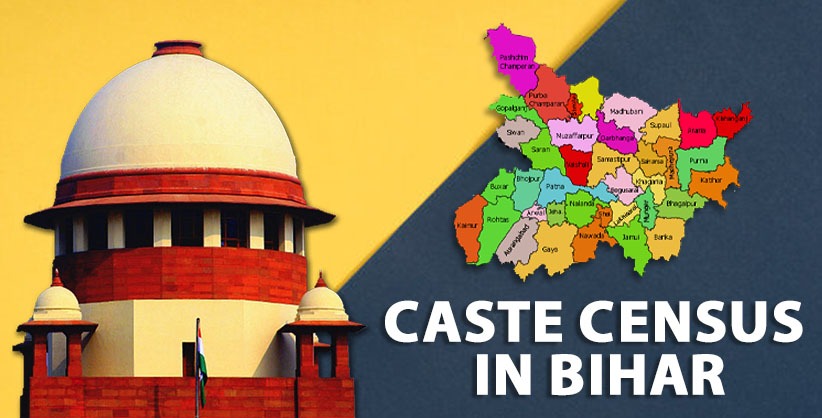 NEW DELHI: The Supreme Court on Friday declined to consider a batch of petitions challenging the Bihar Government’s decision of June 6, 2022 to conduct a caste-based census in the State.

A Bench of Justices B R Gavai and Justice Vikram Nath said if the pleas are allowed, how the government would determine the reservation. The court also termed the pleas as publicity interest litigations.

After hearing the petitioners for a while, the court allowed the counsel to withdraw the plea and seek appropriate remedy in law including approaching the High Court.

The PILs claimed the move was illegal, arbitrary, irrational, discriminatory and unconstitutional as the state was not empowered under the Constitution and the laws to conduct such a census.

The pleas sought quashing of the notification issued by deputy secretary, government of Bihar, in respect of conducting a caste survey in the state and to refrain the authorities concerned from conducting the exercise.

The petitioners alleged that the notification dated June 6, 2022, violated Article 14 of the Constitution, which provides for equality before law and equal protection of the law.

“If the proclaimed purpose of the caste-based survey is to accommodate the people of state suffering caste persecution, the distinction on the basis of caste and country of origin is irrational and unjustified,” they said.

The pleas cited Section 3 of the Census Act, 1948 which stated that it is the central government which is empowered to take census in the whole or any part of the territory of India and the state government has no authority in law to undertake such an exercise.

The pleas also pointed out though the population of Scheduled Caste and Scheduled Tribes are also provided in the census reports, there is no provision in the Constitution regarding caste configuration.