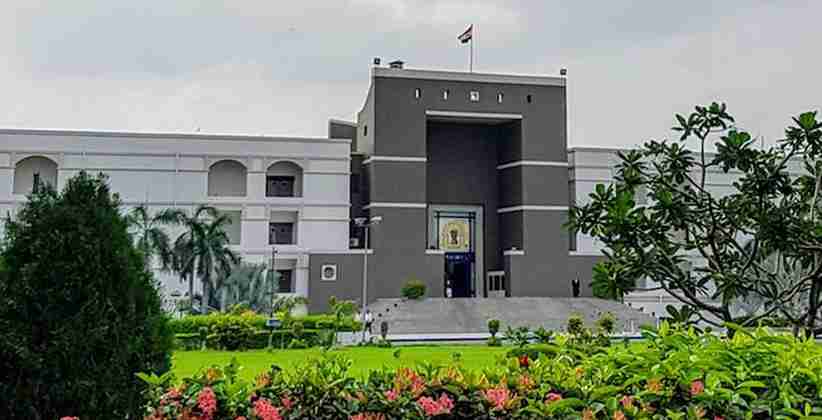 The Gujarat High Court on 23rd September, 2020 (Wednesday) had ordered the Superintendent of Police (SP), Valsad to make an arrangement for the inter-caste couple to be escorted to Prayagraj in the Uttar Pradesh.

The order was passed by the Division Bench of Justice Sonia Gokani and Justice N.V. Anjaria noted that “It is not an issue which needs to be dealt with by this Court, but it suffices to note that the issue of caste looms large over the human relationship with strong biases and conditioning.”

A petition was filed under Article 226 of the Constitution of India issuing the writ of Habeas Corpus or any other appropriate writ as the Court may suit, as the daughter of the petitioner was missing from 9/1/2020. The Police had refused to lodge the complaint as the daughter was above 18 years and the petitioner was aggrieved as no whereabouts of his daughter could be known.

The Court had issued the notice returnable on 2/9/2020 and ordered to bring the corpus before the Court.

There were attempts made by the Police Authority to trace and find the girl and finally the girl was found and was brought before the Court on 23rd September in the virtual proceedings arranged by the District Court of Vapi. The High Court conversed with the corpus who had already married respondent no 3 and as she was 18 years old when she decided to marry respondent no. 3, and even the marriage certificate was presented before the court. Even the corpus has stated that she is married to respondent no. 3.

The girl stated that she was afraid of her parents as she had married the guy out of her caste and thus, she chose not to inform or evince her parents about her whereabouts while leaving her parental house.

The girl didn’t want to join her parents back and insisted to be with respondent no. 3 and the Respondent no. 3 also assured the court that he would take good care of the corpus. The respondent no. 3 was making his livelihood at Vapi, however, he has stopped working now as he will be moving back to Uttar Pradesh, as he no more feels safe to stay at Vapi. The Court has thus requested the Additional District and Sessions Judges to certify that the meeting between the parents and the parties is organized in a cordial manner. Later, it was reported to the Court that the meeting went well and in an affable manner but there was no chance of compromise on part of the parties.

The court further added, “the corpus not being in illegal custody anymore and has married to a person of her choice who incidentally doesn’t belong to her caste, there doesn’t appear any reason for the Court to entertain the plea further which was preferred by the parents by making the writ of Habeas Corpus.”

Lastly, the advocate appearing for the applicant, as an officer of the Court was directed to ensure and convey the order and its directions of the Court firmly to the petitioner, who could try and make an attempt to take the law in his hands for the grievances caused to him, he can attempt to make recourse against the law. If anything is done directly or indirectly, he will be visited with severe penalties.

Therefore, one can witness how certain issues like inter-caste and inter-religion marriages act like hanging swords over these couples, who fear going against their families and community but are left with no other option but to abscond from their parental homes. As the Judges noted in the above case, casteism along with strong biases imposes a threat to human relationships to date.