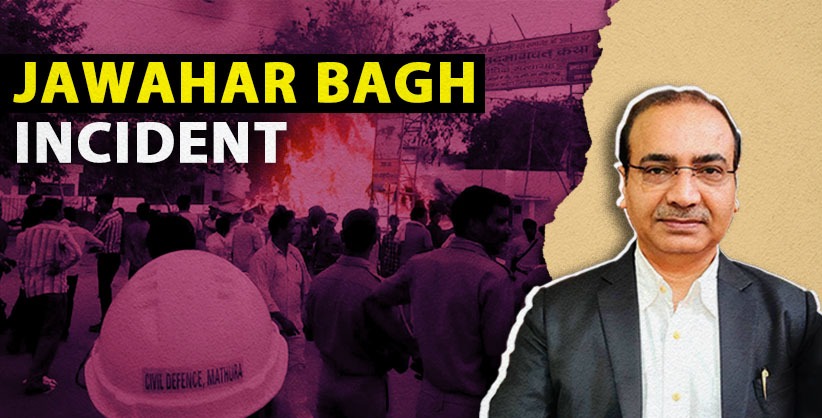 NEW DELHI: The Allahabad High Court is scheduled to take up on Friday a plea filed by advocate Ashwini Kumar Upadhyay related to CBI probe into the infamous Jawahar Bagh incident of June 2, 2016, which the central investigating agency failed to complete even after 80 months of the order.

On March 2, 2017, the High Court har directed the CBI to constitute two teams to investigate the "barbaric and brutal" incident of Mathura's Jawahar Bag within two months.

He raised a private army and created a cult in the name of Netaji Subash Chandra Bose after occupying a 280-acre public park in Mathura.

Yadav set up 'Swadhin Bharat Vidhik Satyagrah' at Jawahar Bagh, in Mathura, the place, which he and his over 2000 followers, illegally occupied for over two years.

Two senior police officers, including then SP City, along with two dozens others, lost their lives on June 2, 2016 during the fight erupted in the move to vacate the premises.

Besides directing a fresh probe into the incident, the High Court had ordered the CBI to form another team for comprehensive investigation with regard to the "unexplained inaction on the part of the State Government to take appropriate and prompt action on the intelligence inputs and communications addressed by the district administration."

"The investigating team shall be granted access to all relevant records available with the State Government in order to enable it to undertake an in depth probe on this aspect and identify persons, if any, responsible for dereliction of duty or stalling action by the district administration. The CBI is granted two months time to complete the investigation," the High Court had said.

What do young lawyers of the Supreme Court say for the new CJI of the country?