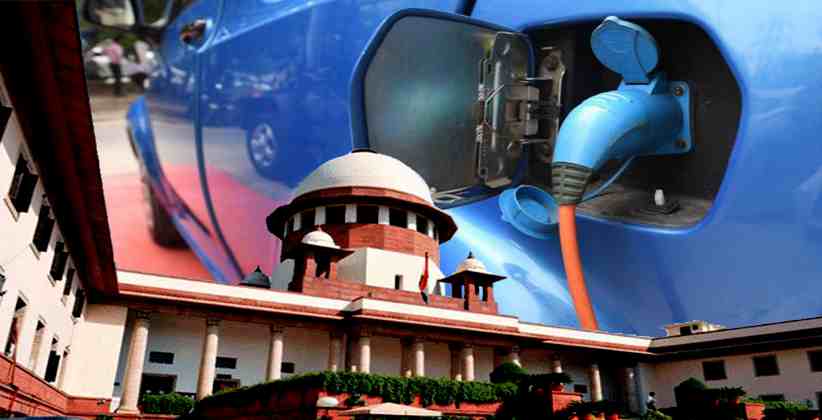 The Centre for Public Interest Litigation, an NGO has filed a public interest litigation (PIL) in the Supreme Court of India on January 17, 2020 to direct the central government to implement its own policy of gradually converting all public transport and government vehicles to electric vehicles which is directed to curb air pollution and carbon emission.

To this effect the SC has asked the Union government to file its response within four weeks. The notice was issued by the bench headed by Chief Justice SA Bobde and comprising Justices BR Gavai and Surya Kant.

Prashant Bhushan who appeared for the petitioner had alleged that the government has not done enough in pursuance of its own policy of converting public transport and government vehicles into electric vehicles.

The purpose of the scheme was to curb air pollution and restrict carbon emission which is responsible for creating the problem of global warming. Last year, SC had sought report from the central government on the steps taken towards implementation of the scheme.

Petitioners appraised the court of the fact that the policy was brought into effect, allowing hybrid and electric vehicles to become the first choice for the purchasers so that these vehicles could replace the conventional vehicles and thus reduce liquid fuel consumption but the lackadaisical nature of the enforcement agencies and an absence of adequate laws, have led to spiralling of pollution levels and decrease in the air quality.

Petitioner had also submitted that the infrastructure facilities for proper charging of batteries of electric vehicles also needed to be developed.

The matter will be taken up by the court again after four weeks.