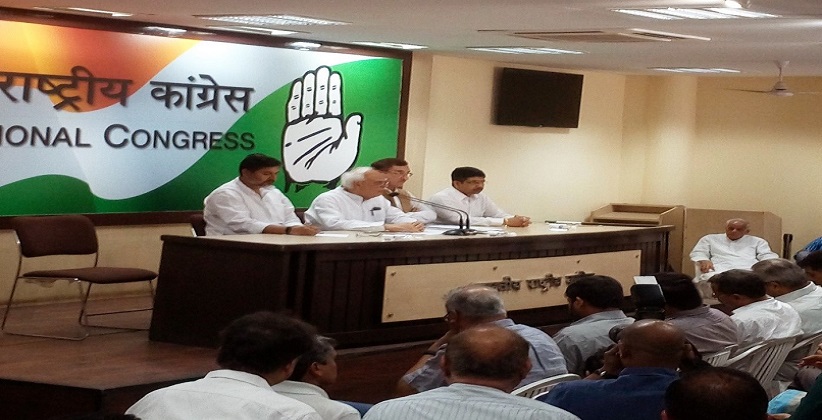 As the Congress and six other opposition parties had submitted the notice of impeachment motion for the removal of Chief Justice of India (CJI) Dipak Misra on five grounds of misbehavior, which has happened first time in the history of India that such a motion has been initiated widely against the country's topmost judge.

The Vice President of India, M. Venkaiah Naidu, who is the chairman of Rajya Sabha having the right to decide if there is ground to admit or reject the motion, was earlier expected to consult legal experts to decide anything in this regard. Though, no particular time limit has been prescribed by the rulebook but in previous cases where similar notices were submitted, the time taken by the chairman Lok Sabha speaker to decide anything had varied between three to 13 days at most. Breaking all such expectations, the chairman of Rajya Sabha has turned down the impeachment motion against CJI instantly.

Congress leaders headed by Kapil Sibal held a press conference on April 23, 2018 at All India Congress Committee (AICC) in which he stated that, "First time in history an impeachment motion before being admitted got rejected. The chairman has shown so much hurry in responding in this motion. He took an unconstitutional move as he concluded even without setting up an inquiry."

He further said, "All these allegations made against CJI Misra have not been put by any party. People may remember that on Jan 12, 2018, four Supreme Court judges held a press conference and said that democracy is in danger. They are that much worried about whats going on inside the SC." He also stated that there is another allegation on CJI Misra that in 1985 he took a plot by giving a wrong affidavit which he returned only after being appointed in the Supreme Court.

Sibal said that, "The Chairmans order says the charges are unverified. How can you verify without conducting an inquiry. It seems that the government itself does not want any investigation in this case as perhaps they know that CBI and other agencies have evidences which can further prove fatal as the allegations are itself severe." While addressing the media, he further said that we are going to file a petition and we will adhere to the decision of the Supreme Court.