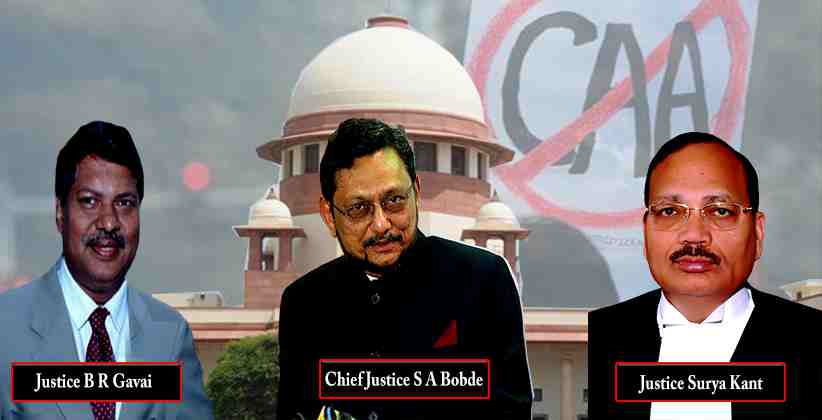 The Central Government has moved the Supreme Court today (January 8, 2020) seeking a transfer of petitions challenging the constitutional validity of the Citizenship Amendment Act, 2019 (CAA) pending before different high courts to the Supreme Court.

Chief Justice S A Bobde said, “We will hear the transfer petition of the Centre on January 10.” The Coram of judges consisting of B R Gavai and Surya Kant said, “We are of the prima facie view that high courts should hear the petitions challenging CAA and in case there is a conflict then we may look into it”.

Solicitor General G Mehta, appearing for the Centre said, “There will be a huge problem as different high courts may take conflicting views and lawyers will be moving to different states to attend the proceedings.” He also informed the Apex Court that the Karnataka High Court will hear a petition tomorrow, i.e., January 9, 2020.

The Apex court said that lawyers moving to different states for attending hearings regarding CAA matters is not their priority. The Court also stated that it would hear the transfer petition on Friday (January 10, 2020).

It is interesting to note that this very Supreme Court had asked petitioners on December 17, 2019, litigating against violence happening against students all over the country, to approach their respective jurisdictional High Courts. Thereafter, different petitions were filed in the Delhi High Court, Allahabad High Court, etc. against violent attacks on students of JMI University and AMU, respectively. The Supreme Court had said in that case that there was no urgency in the matter and the petition was posted for next hearing in February 2020. But the Supreme Court in the present case has posted the matter for hearing within 2 days’ of mentioning.