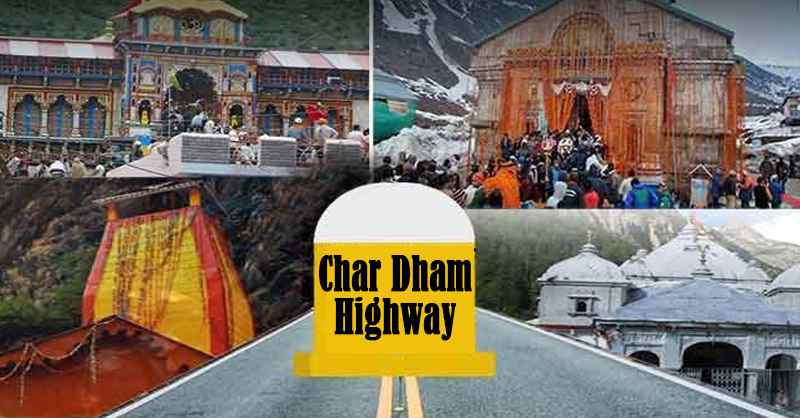 After receiving the High-Powered Committee report the Supreme Court of India on 8th September 2020 ordered to keep the width of Char Dham Highway at 5.5 m. The Supreme Court said that the authorities should abide by the 2018 circular of the Ministry of Road Transport and Highways and should keep the width of the highway at 5.5 m. The decision was taken by a three-judge bench comprising of Justice. Rohinton Fali Nariman, Justice. Navin Shah, Justice. Indira Banerjee. Justice. Nariman also said, “that 2018 circular will alone apply”. The HPC which was constituted by the Supreme Court on 8th August 2020 with the chairman of the committee as Prof. Ravi Chopra came to conclusion where a majority of 13 members were in favor of applying the MORTH circular of 2012 whereas minority-five members, including the Chairman, were in support of applying the MORTH 2018 circular.

Supreme Court reached this conclusion in the case of Citizens for Green Doon & Ors. Versus Union of India & Ors. From the side of the appellant, Mr. Sanjay Parikh appeared whereas from the respondents' side, learned Solicitor General of India, Mr. Tushar Mehta appeared.

Mr. Tushar Mehta argued that 2018 circular is prospective in nature and the decision of the highway was taken before, hence it cannot be applied, he also added that “It is necessary to take stock of the current situations and then move forward”. He also contended that the 2012 circular to be applied according to which the width should be kept at 7m. The SC said, “We are well aware of the distinction between something which is retrospective in the sense that it applies for the first time to projects which are already completed as opposed to ongoing projects”. “Having taken stock of the current situation and of the fragility generally of the ecosystem in mountain terrain, we are of the view that this argument has no legs to stand on” the apex court added.

Mr. Sanjay Parikh, learned senior counsel, has also argued that “A great deal of devastation has occurred in some area and that plantation should be taken up in right earnest”. On this, the apex court said that “We record this statement and we have doubt that this will be carried out”.

After hearing both sides and after analyzing the current status quo, keeping in mind the key points of the terrain such as eco-system and fragility of mountains the apex court reached the conclusion to keep the width at 5.5m and said “We are of the view that it is correct that the 2018 North circular should apply for the reasons given at page 93 of the report. Consequently, 2018 circular alone will apply. The other directions that were issued by us on 8th August 2019 must be strictly complied with, including the holding of quarterly meetings to ensure timely and proper compliance of the recommendations.

The “Char Dham Highway Development Project” or “Chardham Mahamarg Vikas Pariyojna” was announced by Prime Minister Narendra Modi while addressing a rally in Parade Ground in Dehradun, Uttarakhand on 27th December 2016. It is a central government project to improve the condition of highways in Uttarakhand. The government will develop the road and connect the four ‘Dhams’ i.e. Gangotri, Yamunotri, Kedarnath, and Badrinath. It is a 12,000-crore project and will convert the Uttarakhand roads into the all-seasons road; it is a 900 km project.