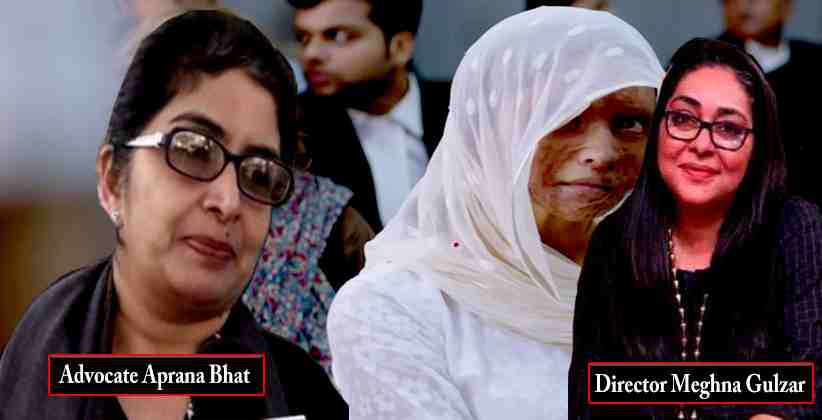 Film CHHAPAAK released on 10.01.2020 depicts an arduous and heroic journey Ms. Laxmi Agarwal since the time she was attacked with acid at the young age of 15. Ms. Meghna Gulzar is the Director/Producer of the film. Film seeks to portray her emotional and legal journey. Ms. Aparna Bhat represented Laxmi in her legal battle right from the criminal trial, to appeal in HC and in a PIL in SC. Ms. Bhat was also involved in the making of a film when she was approached by Ms. Gulzar, by giving her inputs, providing documents, explaining the legal nuances in the entire journey, editing the script etc. it was agreed at the time of finalization of the script that Ms. Bhat’s role in film would be acknowledged by mentioning the same in the film as under:

When due credit was not given, the suit for injunction was filed before the Trial Court by her. Trial court granted an interim order in favour of Ms. Bhat and ordered that her contribution be duly acknowledged. Court also remarked that:

“Although, the said agreement does not have any financial implication but non-inclusion of the plaintiff’s contribution during the screening of film would cause irreparable damage to her in other terms.”

Order of trial court was challenged in the case of Fox Star Studios (Division of Star India Private Limited) v. Aparna Bhat and Ors. Before Delhi HC. Counsel for the Appellant argued that compliance with the trial court order will violate Rule 36, Section IV, Chapter II, Part VI of the Bar Council of India Rules which debars lawyers from advertisement or promotion. Counsel appearing for Ms. Meghna argued that neither did the parties enter into any contract, nor was there any specific understanding/agreement between the parties to acknowledge the Plaintiff’s role and hence no legal right of Ms. Bhat is violated.

Plaintiff had invoked the doctrine of Promissory Esptoppel to seek relief. Requirement of which is a clear and unequivocal promise, which is intended to create a legal relationship, and that such promise would be binding. The letters, e-mails and WhatsApp messages (given as an evidence) showed that an expectation was created in the Plaintiff’s mind that her inputs and contribution in the making of the film would be adequately acknowledged.

To seek remedy of Promissory Esptoppel, promisee has to show that she had clearly altered her position based on the representations made by the promisor, in our case Ms. Meghna. Ms. Bhat had made substantial contribution in the film in varying form there by altering her position, which made fit case to seek remedy.

Section 144 of CrPC imposed in Kochi to implement SC order