Children Can Be Evicted From Any Type Of Property On Grounds Of Non-Maintenance & Ill-Treatment: Delhi HC [Read Order] 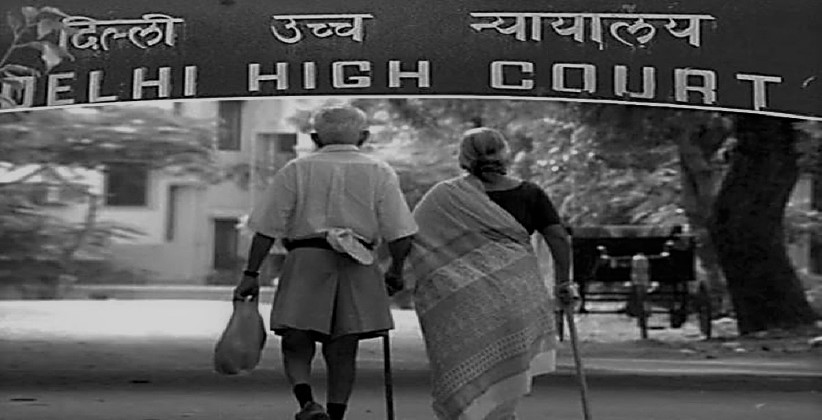 The Delhi High Court in a recent case of Rajeev Behl v. State & Ors. has held that a parent can seek eviction of his children from any type of property, on grounds of non-maintenance and ill-treatment.

Justice Vibhu Bakhru was hearing a petition filed by one Rajeev Behl, challenging an order passed by the Divisional Commissioner allowing his father to evict him and his wife, under the Delhi Maintenance & Welfare of Parents and Senior Citizens Rules, 2009.

The Divisional Commissioner has concluded that the father was being harassed and ill-treated and the ends of justice would be met if the petitioner was directed to be evicted from the premises in question, in order for the father to live peacefully in his self-acquired property.

The contention raised by the petitioner was that his father’s application is not maintainable under Rule 22(3)(1)(i) of the said Rules because he had not sought any maintenance from him.

However, rejecting the contention the court opined that this contention was unmerited. Rule 22 (3)(i) of the said Rules enables a senior citizen to make an application for eviction of a son, daughter or legal heir on account of non-maintenance and ill-treatment.

Rule 22(3)(1) of the said Rules, as amended by the Delhi Maintenance Welfare of Parents and Senior Citizens (Amendment) Rules, 2017, is set out below:-

22(3) (1) Procedure for eviction from property/residential building of Senior Citizen/Parents — (i) A senior citizen/parents may make an application before the Deputy Commissioner/District Magistrate of his district for eviction of his son and daughter or legal heir from his property of any kind whether movable or immovable, ancestral or self acquired, tangible or intangible and include rights or interests in such property on account of his non-maintenance and ill-treatment.

Another contention raised by the petitioner was that on the title of the property, petitioner asserted that it was a Hindu Undivided Family (HUF) property where he had a built-in share. The court rejected this contention also stating that the claim was a “ruse and is not sustainable.”

The court opined that after the Delhi Maintenance and Welfare of Parents and Senior Citizens (Amendment) Rules, 2017, the reference to the self-acquired property was now deleted. “The Clause as it stands today expressly permits a citizen/parent to make an application for eviction of his son, daughter and legal heir from the property of any kind whether movable and immovable, ancestral or self-acquired and tangible or intangible. Thus, the defence raised by the petitioner in regard to the nature of the property in question is of little relevance,” the order reads.

Thus in view of the above observations, the court dismissed the petition stating that “there is ample material on record to indicate that respondent no.3 [the father] was distressed by the conduct of the petitioner and his wife. Respondent no.3 has a right to live peacefully and this Court finds no infirmity with the impugned order passed by the Divisional Commissioner.”

The court imposed a cost of ₹15,000/- on the petitioner, to be paid to his father within a period of three weeks.