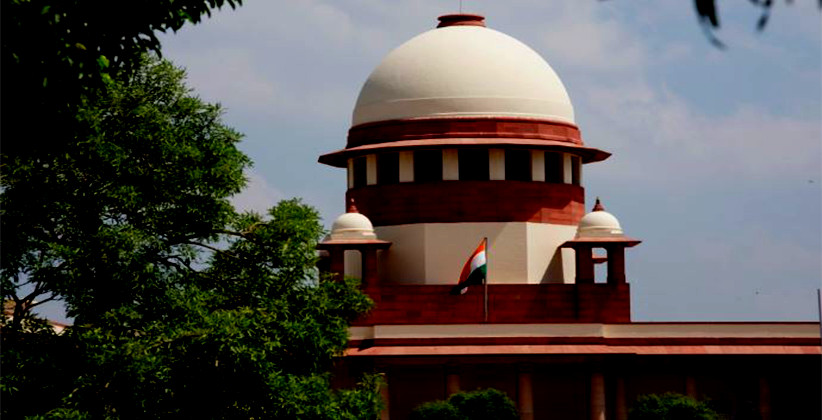 The Supreme Court of India today (January 10, 2020 0) issued notices on Government’s plea to transfer various petitions challenging the constitutional validity of the CAA, 2019 in several High Courts to the Apex Court.

Supreme Court on Thursday, January 9, 2020, had remarked that it will take up the petitions challenging the constitutional validity of the recently passed Citizenship (Amendment) Act, 2019 only after the countrywide agitation stops thereby denying any urgent hearing in this matter.

Chief Justice of India S.A. Bobde made this observation that at the time when advocate Vineet Dhanda sought an urgent listing of petition filed by Puneet Kaur Dhanda, declaring CAA as “constitutional”. Dhanda’s petition also looked out for a direction to all states for implementation of the Act with immediate effect. The full bench comprised of CJI, Justices B.R. Gavai and Surya Kant.

The court stated that its duty is to determine the validity of a law and not declare it as being constitutional or not. Dhanda, along with constitutional validity of the newly passed law has also sought action against activists, students and media houses for “spreading rumors”.

Denying Dhanda a hearing for this plea, the court commented saying, “How do we declare an Act of the parliament as being constitutional? There is always a presumption of constitutionality. You were a student of law at a point of time, you must know… for the first time, I am hearing of such a prayer. The court has to decide the validity of a law, not declare that a law is constitutional, the bench commented.”

Dhanda was of the opinion that the Election Commission of India should have taken “strict action” against political parties who are condemning the law and have participated in “spreading false rumors and violence in the country”.

The bench has adjourned the matter until January 22, 2020, when other petitions relating to CAA will come up for hearing.

Freedom of Internet Is A Fundamental Right Included Under Freedom Of Speech As Per Article 19 Of The Constitution, Cannot Be Taken Away Arbitrarily: SC