Home Judiciary CJI Mulls Over The Use Of An AI-System To Avoid Undue Delay In Justice Delivery, Calls It The Need Of The Hour
Judiciary 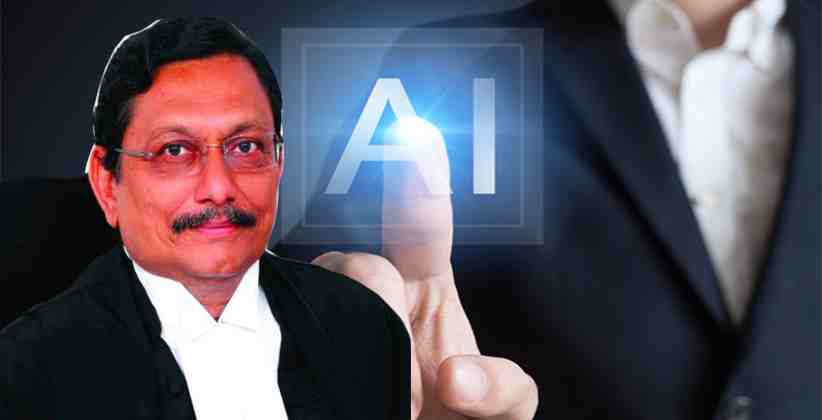 On January 11, 2020 the Chief justice of India, S A Bobde said there is a possibility of developing a system of artificial intelligence (AI) for the courts to avoid undue delay in justice delivery, in a conference, in Bengaluru. The conference was on 'Judicial Process Re-engineering and Judicial Skill Building', it was attended by Chief Minister B S Yediyurappa, Supreme Court judges - Mohan M Shantanagoudar, S Abdul Nazeer and Ajjikuttira Somaiah Bopanna, and Karnataka High Court Chief Justice Abhay Shreeniwas Oka, among others.

Justice Sharad Arvind Bobde, 63, succeeded Justice Ranjan Gogoi as the 47th Chief Justice of India on November 18, 2019. Mr. Bobde was part of a 5-member Supreme Court Bench that handled the Ayodhya land-dispute case but the committee found “no substance” in the allegations. In March 2019, a Bench headed by Justice Bobde refused a blanket ban on firecrackers. In August 2017, he was part of a Bench that ruled that the right to privacy is “intrinsic to life and liberty”.

While artificial intelligence in judiciary would be a completely different phenomenon at the same time it would make things easier. It would be a solution to the saying which goes as “Justice delayed is justice denied”. In the era of digitalization it is becoming harder day by day to separate artificial intelligence from our daily life, in such a scenario it is inevitable to use this opportunity in judicial systems. The only issues that might mess up things are issues of transparency, accountability and ethical concern.

Noting the same the CJI further clarified his statement by mentioning that AI can never replace human discretion and judges. He said:

The CJI also laid stress on employing every talent and skill to ensure that justice is delivered in reasonable time and mentioned that pre-litigation mediation is the need of the hour in the backdrop of significant pendency confronting the courts.