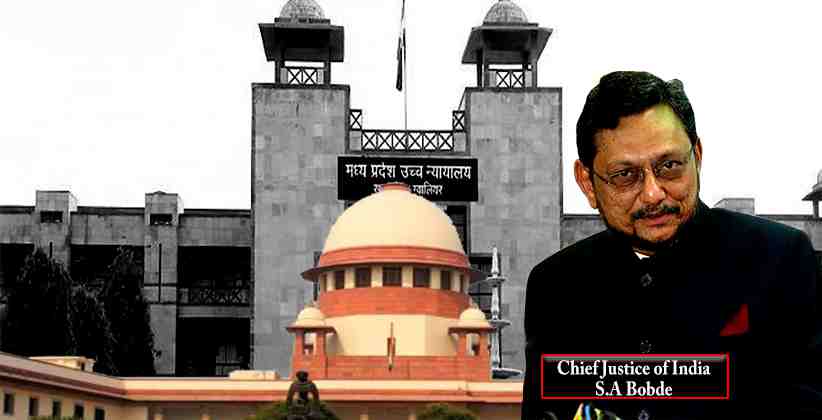 The Chief Justice of India S.A Bobde suggested reinstating the District Judge from Madhya Pradesh who had resigned from her post after alleging sexual harassment against a Judge of Madhya Pradesh High Court. While hearing the plea of former Judge of Madhya Pradesh Court who had requested reinstatement and transferred to some other court was agreed by the Chief Justice. The former district court judges said before the bench led by Bobde that she wants to move on in her life and should be reinstated in the judiciary. The following words of a former judge through Advocate Indira Jaising were “There is too much animosity in the earlier place. Kindly accept my suggestion to keep me anywhere in the northern part of India”.

In 2014, there was an allegation which was made by a judicial officer against Justice S.K Gangele, who then her supervisor judge sent her a message through the registrar of District Court to dance to an item song at a function organised in his residence. Later, she was transferred from Gwalior to Sidhi, leading to resign from her post as an Additional District and Sessions Judge on 15th July 2014. Her plea in the Supreme Court came after six months in July 2018, when a committee formed in the Rajya Sabha had rejected her sexual harassment allegation as the evidence found “suggestive of the respondent judge’s interference with the transfer and rejection of the representations of the complainant but since charges of sexual harassment are not proven, it cannot be said that this interference is on account of not submitting to his immoral demands”, the panel had said. However, the panel ruled in favour of the judicial officer’s reinstatement to her position but this wasn’t binding as it requires the permission of the Supreme Court, who is the only authority on whose permission she can be reinstated. A Committee was formed which consisted of Supreme Court Justice R. Bhanumathi, Formed Chief Justice of Bombay High Court Manjula Chellur, and Attorney-General of India K.K Venugopal. The former Judge said that she was coerced to abdicate her post as her daughter was in 12th Standard and was expected to appear for her board exams. The Registrar General of the Madhya Pradesh High Court said her withdrawal was never challenged and the interrogation committee never decreed that the transfer was “unlawful”. The Supreme Court had stayed the investigation made by the High Court and the inquiry team finding the allegation of Sexual Harassment against the Judge having insufficient material to establish a charge. The case will now be heard on 16th March, 2020.