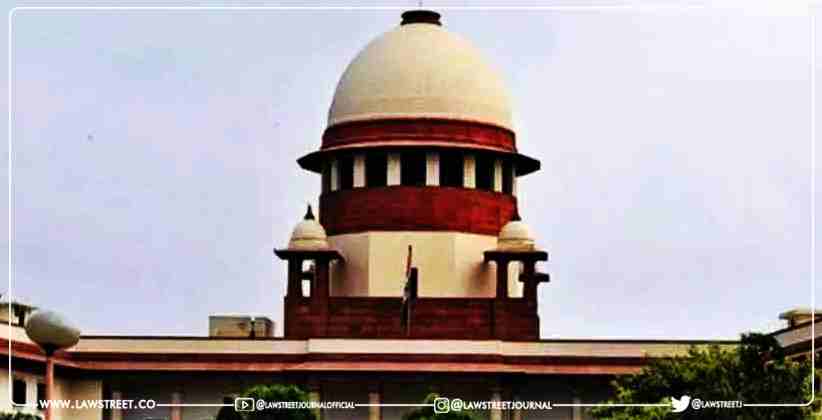 CJI NV Ramana led bench to hear a plea by Delhi government challenging the Government of NCT Delhi (Amendment) Act, 2021 over the issue of administrative services

SG Tushar Mehta: By way of a preface, this court is aware that article 239 AA was inserted after the constitution was framed. Initially there was concept of state were in class A, B etc. Delhi was class C state. Legislature wanted to do something

SG: World looks at Delhi as it looks at India. All ambassadors etc are also located here. Before inserting 239 AA there was a study undertaken related to different states and capital. there was bal krishnan commission DelhiGovtvsLG

SG: Parliament had discussed the report and debates of parliament has the same sanctity as the constituent debates. Bal Krishnan report will show what the parliamentarians wanted when 239 AA was introduced.

SG: Constitution bench had decided the case of 239AA and then on some questions two judge bench heard and then it was referred to a 3 judge bench.

SG: mandate the commission was given showed that this was not a matter of one political party vs the other. It showed how capital was admistered and the national and international obligations.

CJI: We are not disputing all of this. But now you are going back .. so then refer to the power of assembly

SG: When a constitutional provision is interpreted then we have to refer to constituent assembly debates/ this was a huge domain exercise

CJI: After the 5 judge bench judgment there is no need to back to what was there etc. you are arguing an application to refer it to 5 judge bench

SG: Even the constitution bench was not assisted with this.

SG: Whatever this commission suggested 239AA is verbatim taken by the parliament. this has its own sanctity.

SG: UT cannot have any public debt or property vested in it, says the commission. under the constitution there are only two services, one is services of union and one services of state. no services of UT

SG: It is one thing to administer and manage Lakshwadeep or Puducherry and it is another thing to manage Delhi which is the capital of the country.

CJI: It is not necessary to get into Bal Krishna committee application. you say it has to be heard by 5 judges bench .. please come to that point

SG: Please allow me to read one page of the report for my satisfaction

SG: The report says that It is not constitutionally possible to get services under Union Territory and there cannot be a public service commission also under UT

SG: When matter comes before your lordship, please see the order of reference by Justices Sikri and Aggarwal.

SG: In NDMC judgment 9 judge bench of this court finally concludes that Delhi is UT with legislative power and 239AA part A deals with UT. Entry 1, 2 is about specific exclusion.

SG: This needs to be referred to a constitution bench and thus our limitation will not be there.

Sr Adv AM Singhvi: reference not to be done has been decided. centre has taken two or three hearings to show why this matter should not be heard.

Singhvi: Balakrishnan report was a historical fact happened in 1999. judgment starts by saying this. then he reads a para by Justice Bhushan led bench and he is a dissenter in the judgment, why are we arguing about balakrishnan report?

CJI: How much time will you take?