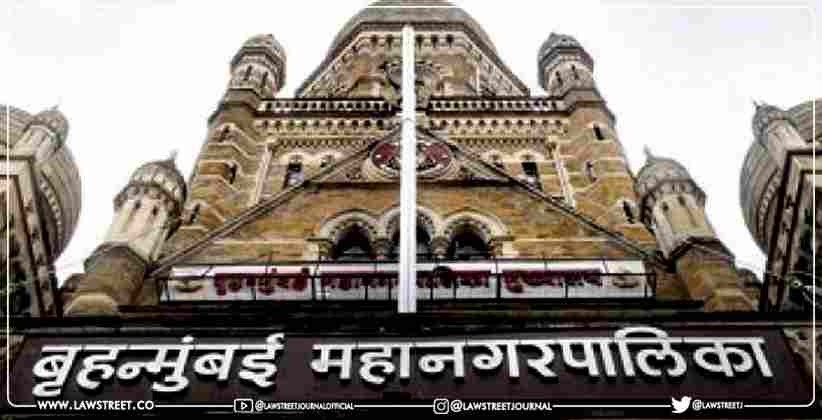 Sanjay Gajanan Gharat (respondent no. 1) was appointed Assistant Municipal Commissioner of the Kalyan Dombivali Municipal Corporation (KDMC/petitioner) in 1995, and his appointment was approved by the Maharashtra Municipal Corporation Act, 1949 on 01.02.1997. ("MMC Act"). He was thereafter promoted to Deputy Municipal Corporation of the KDMC. The MMC Act was changed in 2011 with the addition of Section 39A, which allows for the formation of one or more Additional Municipal Commissioner positions ("AMC"). AMC was constituted for KDMC by a Government Resolution dated 11.12.2011. On January 6, 2015, a new AMC position was formed. Respondent No. 1 was deemed suitable by the Selection Committee, and his name was suggested to the State Government. As a result, in June of 21015, he was appointed to the position of AMC of KDMC. An FIR was filed against him on June 14, 2018, for acts punishable under the Prevention of Corruption Act. He was apprehended and released on bail. On 18.06.2018, the Commissioner of KDMC issued a suspension order against respondent no. 1 in accordance with Section 56(1)(b) of the MMC Act and Rule 4(1) of the Maharashtra Civil Services (Discipline and Appeal) Rules, 1979 ("MCS Rules"), which was ratified by the General Body of KDMC on 07.07.2018. The General Body then sanctioned a departmental investigation against him on June 20, 2019. As a result, he was served with a summons to appear before the KDMC's appointed Inquiry Officer. On the basis of jurisdiction, he filed a petition with the Bombay High Court, asking for the suspension order to be withdrawn/cancelled and the departmental inquiry notice to be withdrawn/cancelled. The petition was approved by the High Court on the grounds that because respondent no. 1 was an employee of the State, suspension could only be initiated by the state government.

Arguments raised by the appellants

Mr. P.S. Patwalia, a senior advocate representing the KDMC, argued that the post was created for the KDMC despite the fact that it was created by the State Government under Section 39A of the MMC Act. He maintained that only the KDMC had the authority to suspend respondent no. 1 and commence departmental proceedings against him, citing Section 56. It was argued that because he had been in custody for more than 48 hours, his suspension was deemed under Rule 4(2) of the MCS Rules. Mr. Rahul Chitnis, an advocate representing the State of Maharashtra, backed Mr. Patwalia's arguments.

Arguments raised by the respondents

Mr. Anupam Lal Das, a senior advocate representing respondent no.1, claimed that he was appointed by the State Government under Section 39A of the MMC Act since the position of AMC is pari materia to that of the Commissioner, who is appointed under Section 36 of the MMC Act. According to Section 39A(2) of the MMC Act, the Commissioner's and AMC's liabilities, restrictions, and conditions of service are the same. He contended that there was no need for extended suspension, especially when the charge sheet was not presented within 90 days, citing Ajay Kumar Choudhary v. Union of India through its Secretary and Anr. (2015) 7 SCC 291.

Analysis of the Supreme Court

The Court determined that, while the AMC position was created by the State Government, it was created for KDMC after reading Section 39A of the MMC Act. Despite the fact that the State Government selected and nominated respondent no. 1 to the position of AMC, he was explicitly designated for the KDMC, according to the court. He is, as a result, a KDMC employee. Despite the fact that the AMC's powers, functions, and duties are identical to those of the Commissioner, the Court found that the legislature placed the AMC under the Commissioner's jurisdiction. Furthermore, Section 2(9) of the MMC Act, which defines 'Commissioner,' includes Commissioner but excludes AMC, indicating Commissioner's control over AMC. The Court held that the Commissioner has the right to suspend any officer, whether nominated by the Corporation or any other competent body, under Section 56, which deals with the imposing of fines on municipal officers. However, it is essential to obtain prior approval from the Corporation in the event of "posts equivalent to or higher in rank than the office of Assistant Commissioner," as defined by Section 56(1)(a). According to the Court, Section 56(1)(a) would cover the position of AMC. When the Commissioner suspends a Transport Manager or officials appointed under Section 45 of the MMC Act, they must notify the Corporation, which must confirm the suspension within six months or the suspension will be lifted. Referring to Philips India Ltd. v. Labour Court, Madras And Ors. (1985) 3 SCC 103, Sultana Begum v. Prem Chand Jain (1997) 1 SCC 373, Jagdish Singh v. Lt. Governor, Delhi And Ors. (1997) 4 SCC 435 and Commissioner of Income Tax v. Hindustan Bulk Carriers (2003) 3 SCC 57, the Court ruled that two seemingly conflicting provisions of the Act should be construed in such a way that no provisions are rendered otiose, and that the Courts should ensure that none of the provisions are rendered otiose. Further citing Mahadeo prasad Bais (Dead) v. Income Tax Officer A Ward, Gorakhpur and Anr. (1991) 4 SCC 560, K.P. Varghese v. Income Tax Officer, Ernakulam And Anr. (1981) 4 SCC 173 and State of Tamil Nadu v. Kodaikanal Motor Union (P) Ltd. (1986) 3 SCC 91, it was stated that when interpreting statutes, judges should strive to avoid an unjust or illogical conclusion. In light of the decision in Sanjay Ramdas Patil v. Sanjay And Ors. (2021) 10 SCC 306, it was decided that a statute should be read in such a way that its functionality is preserved.

"...the Commissioner of the Municipal Corporation will have the power to suspend or initiate departmental proceedings against an AMC, who is an officer, superior in rank to the Assistant Commissioner. However, in case of suspension of such an officer, the only requirement would be to report to the Corporation, with reasons thereof, and if such a suspension is not confirmed by the Corporation within a period of six months from the date of such suspension, the same shall come to an end. In our considered view, any other interpretation would lead to absurdity and anomaly, and therefore will have to be avoided."

Respondent No. 1's objection to prolonged suspension was rejected. However, the Court directed the departmental proceedings to be concluded within a period of four months, during which period the suspension would continue.