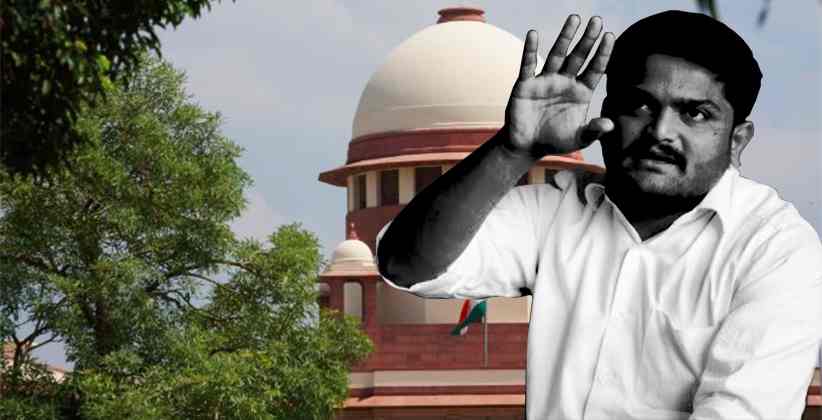 As reported on 20th February, 2020, Congress leader and Patidar Anamat Andolan Samiti (PAAS) Chief Hardik Patel is likely to move the Supreme Court against the rejection of anticipatory bail plea on 17th February, 2020 by the Gujarat High Court in a case dating back to 2015.

Justice V M Pancholi rejected the bail application on the grounds of criminal antecedents. The bail plea in an unlawful assembly case was registered during the protest in 2015 demanding a reservation for Patidar community in government sectors. The state government had objected to Patel's application and citied that over 10 criminal cases had been lodged against the Patidar leader who had further gone underground for a month.

The 26-year-old Congress leader stated in his anticipatory bail petition: "Applicant (Hardik) has been victimised by the ruling party of the state by slapping several false, frivolous and concocted cases against him. Due to political pressure, the police for the last few days have been visiting the house of the present applicant to arrest him."

Hardik Patel had started the protest against the state government demanding the reservation for his community in government job and education sectors. A mega rally was held in Ahmedabad on August 25th, 2015 where lakhs had gathered at GMDC ground. Further to this, the police have alleged that the rally was declared unlawful since no permission was granted to the organisers. The gathering led to violent outbursts at night that resulted in the deaths of several youths and damage to private and public properties.

Hardik Patel has been booked in two separate Sedition cases lodged in Ahmedabad and Surat. On February 7th, 2030, Patel remained absent in the city sessions court during the trial against him on these charges. Further to which he sought exemption from attendance in apprehension that the police might arrest him in regard to the 2015 Vastrapur case. The court refused to grant an exemption and issued an arrest warrant against Patel for his absence.

Hardik had joined Congress in the presence of party's ex-president Rahul Gandhi among other big leaders during the 2017 elections.