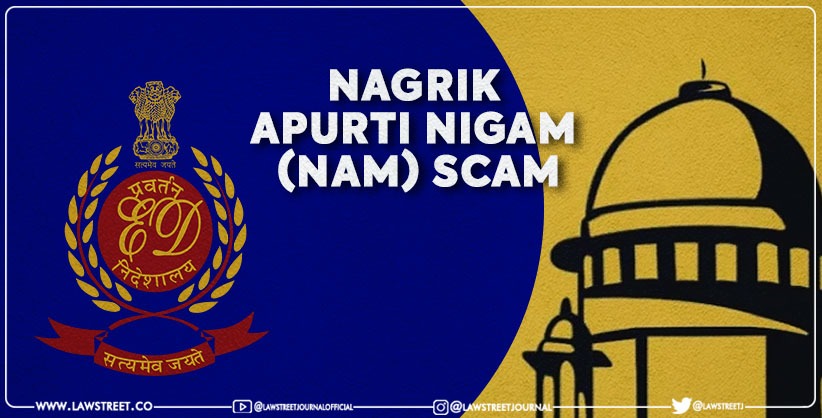 NEW DELHI: The Enforcement Directorate on Monday contended before the Supreme Court that the constitutional functionaries, including a High Court, were helping the accused in the Nagrik Apurti Nigam scam case in Chhattisgarh.

Seeking transfer of the matter outside the state, Solicitor General Tushar Mehta, representing the ED, submitted before a bench led by Chief Justice U U Lalit that the probe showed that a High Court judge was in touch with constitutional functionaries who were helping the accused.

"I have WhatsApp chats. We have not revealed names so that the faith of people is not shaken upon system," he said.

"Should we disclose the person in touch with the constitutional functionary," he asked.

At this juncture, senior advocate Mukul Rohatgi, representing the respondents, shot back: "So what? A judge is not above the law..."

Besides Rohatgi, senior advocates Rakesh Dwivedi, and Kapil Sibal, representing the opposite site including the state government, opposed the plea by the central agency.

It was contended that the scam had occurred during the BJP's rule in Chhattisgarh and trial was almost complete.

Mehta, however, claimed that there was an attempt to reduce the gravity of scheduled offences of other co-accused and the accused also influenced the witness to withdraw statements made before the ED.

The court, however, asked both the Chhattisgarh goverment and the ED to file what they wanted in sealed cover. It fixed the matter for hearing on Monday, September 26.

The ED had registered a money laundering case in connection with the scam against two IAS officers Anil Tuteja and Alok Shukla. The NAN scam, surfaced in 2015 related to supplying low quality rice, grams, salt etc.