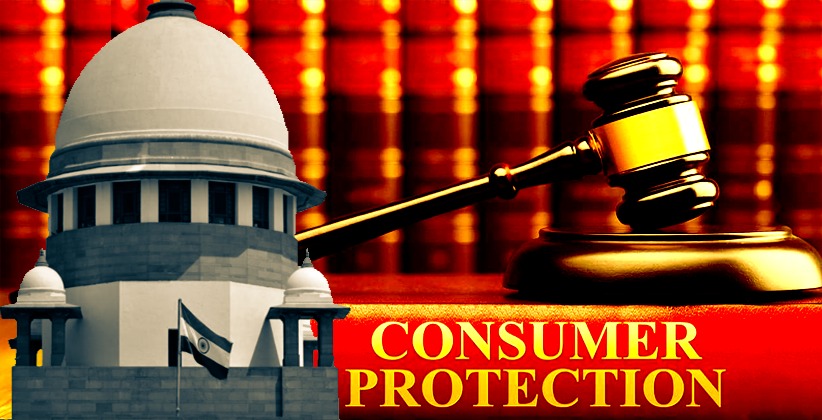 The Supreme Court has held that a complaint filed before Consumer Forum by allottees against builders is not barred by the Real Estate Regulation Act, 2016.

The present complainants had booked apartments by executing Builder Buyer Agreements in 2013. They had approached the Consumer Commission which allowed their complaint and ordered refund of the amounts deposited by each of them with simple interest @ 9% p.a. from the respective dates of deposits along with Rs 50, 000/- towards costs.

The court observed that Section 79 of the RERA Act bars the jurisdiction of a Civil Court to entertain any suit or proceedings in respect of any matter which the Authority or the adjudicating officer or the Appellate Tribunal is empowered under the RERA Act would be in addition to and not in derogation of the provisions of any other law, while in terms of Section 89, the provisions of the RERA Act shall have effect notwithstanding anything inconsistent contained in any other law for the time being in force.

The Court also rejected the contention that since RERA Act was enacted and considering the special expertise and the qualifications of the Chairpersons and Members of the Authority and the Appellate Tribunal such authorities alone must be held entitled to decide all issues concerning the project registered under the RERA Act.

The present matter took place between Imperia Structures Ltd v. Anil Patni, where the court observed that Section 100 is enacted with the intent to secure the remedies under the new Consumer Protection Act dealing with the protection of the interests of Consumers, even after the RERA Act was brought into force. The Court imposed a penalty of Rs. 50, 000 to be paid by the Builder in respect of each of the Consumer Case.