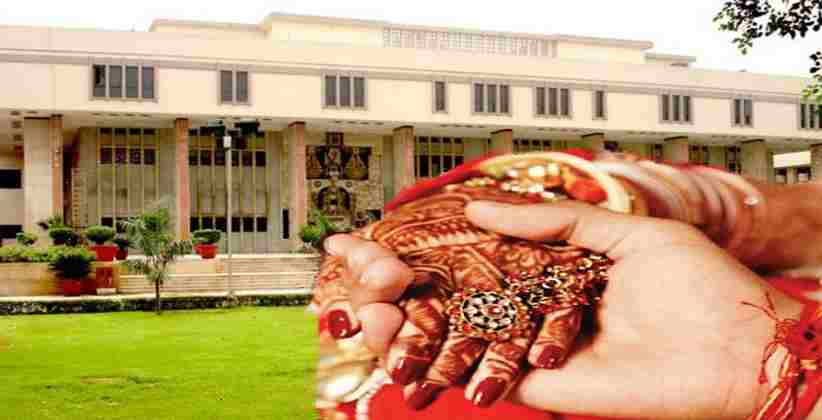 On Thursday ( September 24, 2020), a plea filed by an inter-faith couple in the High Court of Delhi challenging the provision of issuing a public notice to invite objections to marriages under the Special Marriage Act, 1954.

The petition was listed before a bench of two judges- Chief Justice D N Patel and Justice Prateek Jalan. However, the matter could not be heard as the main lawyer who was representing the couple was arguing in another case that was going on in the Supreme Court. The matter was therefore listed for hearing on October 1 in the High court.

The petition said that the some of the objections like unsoundness of mind of either party or they not having attained the age of marriage, that can be raised under Section 4 of the Act "can be ascertained on the basis of certificates issued from a government hospital or any prescribed authority".

However, advocate Utkarsh Singh, who had filed the plea said that the 30 day notice period which invited objections to the marriage directly intrude on the fundamental rights of the petitioners.

The Section 4 of The Special Marriage Act, 1954 says that there are a few conditions relating to the solemnization of special marriages and Notwithstanding anything contained in any other law for the time being in force relating to the solemnization of marriages, a marriage between any two persons may be solemnized under this Act, if at the time of the marriage (1) neither party has a spouse living or (2) incapable of giving valid consent or (3) has been subject to recurrent attacks of insanity.

The male shall have completed twenty-one years and the female the age of eighteen years and the parties are should not be within the degrees of prohibited relationship. Also, if the marriage is solemnized in the State of Jammu and Kashmir, both parties are citizens of India domiciled in the territories to which this Act extends.

The petition urges the court to declare this as "illegal, null, void and unconstitutional" to all the provisions of the Act which lay down the procedure of 30-day notice for inviting objections.

The plea has also sought doing away with the 30 days’ notice period requirement and registration of the marriage of the petitioners.

Delhi to decide the objections under the Act and of the basis of the undertaking and the certificates issued by any government hospital or any other authority.