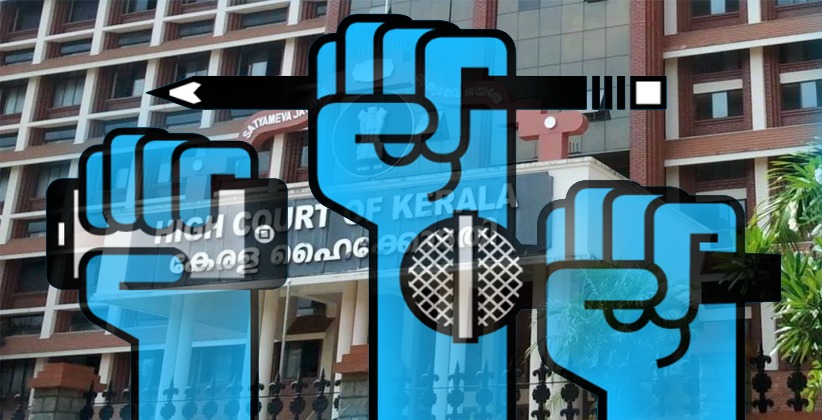 On Friday, the Kerala High Court dismissed a PIL petition moved by a lawyer who sought for the framing of guidelines to regulate print and electronic media (Halvi KS v. State of Kerala and ors). "Considering the facts and circumstances and the law discussed above, we have no hesitation to hold that a public interest litigation to frame guidelines to restrict the media on the basis of the allegations made in the writ petition cannot be entertained and no guidelines can be framed... ", the Court said.

The lawyer-petitioner had raised concern over the rise in unresearched news, targeted reporting of sensational news, and the vilification of public and political functionaries without factual basis. He prayed for guidelines from the Court to safeguard the right of the public to be informed. The coverage of the Kerala gold smuggling case in Malayalam media was specifically referenced. The petitioner had asserted that democracy may crumble at the hands of some unscrupulous media personnel functioning under the guise of journalism unless necessary intervention is made to prevent the same. After an elaborate discussion on the Press rights as an aspect of the right to free speech, a Bench of Chief Justice S Manikumar and Justice Shaji P Chaly found that the Court could not frame guidelines to regulate what is broadcasted or published.

In doing so, the High Court referred to the Supreme Court’s ruling in Sahara India Real Estate Corporation v. SEBI, where the Bench had refrained from imposing any general guideline for the prior restraint of media reportage. The High Court in the instant case proceeded to point out that courts can still regulate the media from broadcasting issues on a case-to-case basis. The Court added that Judges could not be swayed by media reports when deciding a case unless the report itself was material for consideration.

Framing a general regulation would curtail the freedom of the press, the Bench ruled. It was additionally found that there were sufficient remedies to persons aggrieved by privacy-infringing reportage or any other grievances under existing laws. In addition, there were provisions under the Contempt of Courts Act, 1971 to restrict coverage of sensitive matters by the Court(s) adjudicating on the same. In this regard, the Court's judgment notes, that taking into account the requisite provisions of law available under the Indian Penal Code and the Contempt of Courts Act, any person aggrieved is entitled to take necessary action so as to redress his grievances. So also, the courts are vested with ample powers while conducting a trial of any sensational cases or when privacy is required to be maintained, to conduct in-camera proceedings and restrict the media from reporting any sensational news or any news so as to materially interfere with the privacy of a citizen. Moreover, we are satisfied that the Press Council Act, 1978 clearly prescribes a methodology to redress the grievances of any aggrieved person, the Bench said.

The High Court also referenced a similar petition moved before the Madras High Court in 2017, where incidentally Chief Justice S Manikumar was a part of the Bench that dismissed a plea against the airing of the TV reality show, Bigg Boss (MR Saravnan @ Cine Saravanan v. the Joint Secretary). In that case, the Court had refused to issue guidelines regulating the media while making pertinent observations regarding the freedom of speech, including the freedom of expression is a pivotal component of our individual development – as human beings and as political animals – and to improve and radicalize democracies. The invention of the press was a turning point in the debate about freedom of expression. The printing press magnified the reach of opinions, information, and ideas.

Further, the Bench also placed emphasis on the Madras High Court's observations concerning self-regulation by the media. The Court noted, that under self-regulation the media voluntarily commits to uphold a code of ethics that it, itself drafts, thus providing a mechanism to which the public can complain about perceived breaches of the court and an independent council adjudicating on the complaints and decides upon appropriate remedies in order to secure the credibility of its profession and the trust of the public. For these reasons, and after considering the petitioner’s lack of locus, as well as his failure to substantiate his averments, the petition was dismissed.

Britney Spears Requests to Have Her Dad Removed as Her Conservator