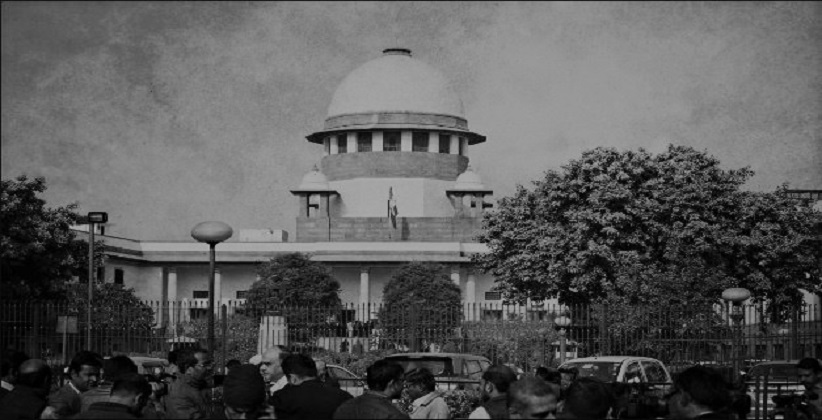 The Supreme Court on November 13, 2018, in the case of Labhuji Amratji Thakor & Ors. v. The State Of Gujarat & Anr., ruled that in exercising the power under Section 319 of the Code of Criminal Procedure, 1973, the courts cannot mechanically summon a person not named in the FIR or in the charge sheet on a mere reason that a witness named that person.

A three-judge Bench comprising of Justices A.K. Sikri, Ashok Bhushan and Ajay Rastogi was hearing an appeal against the judgment passed by the Gujarat High Court allowing the application under Section 319 Cr.P.C.

Dissenting with the Gujarat High Court, the top court observed that “the mere fact that court has power under Section 319 Cr.P.C. to proceed against any person who is not named in the F.I.R. or in the Charge Sheet does not mean that whenever in a statement recorded before the Court, name of any person is taken, the Court has to mechanically issue process under Section 319 Cr.P.C.”

In this case, the complainant-respondent lodged an FIR under Sections 363 and 366 of the Indian Penal Code, 1860, and Sections 3 and 4 of the Protection of Children from Sexual Offences Act, 2012, alleging that her minor daughter was abducted by a person named Natuji.

During the investigation, the statement of the victim was recorded in which she named Natuji alone as an accused.

Thereafter, an application under Section 319 Cr.P.C. was filed by the Additional Public Prosecutor, where it was stated that in the statement of the victim, she has taken the names of Labhuji, Shashikant and Jituji also. It was prayed in the application that appropriate legal proceedings be initiated against the trio.

The application was opposed by the appellants, it was stated in the objection that the statement in which the victim took the additional names was recorded one year after the incident. The learned POSCO Judge after considering the objection, observed that the names of appellants have been taken with mala fide intention and on this ground rejected the application.

The matter was then taken to the Gujarat High Court by the complainant where the application was allowed.

Aggrieved by this, the appellants filed an appeal in the Supreme Court challenging the Gujarat High Court’s judgment.

The apex court relying on its Constitution Bench judgment in Hardeep Singh v. State of Punjab & Others, (2014) 3 SCC 92 observed that though under Section 319 Cr.P.C. the court, during the trial on the basis of any evidence is fully empowered to proceed against any person, whose name was not even included in the F.I.R. or the Charge Sheet, it must be ensured ‘that the person against whom the court decides to proceed, has to be a person whose complicity may be indicated and connected with the commission of the offence’.

The court stating that in the present case, there is not even suggestion of any act done by the appellants that amount to an offence referred to in Sections 3 and 4 of the POCSO Act, 2012, set aside the Gujarat High Court’s judgment and allowed the appeal filed by the appellants.