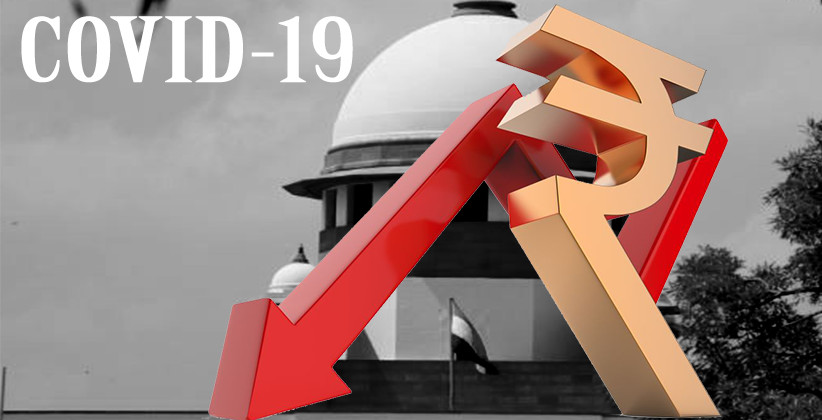 A PIL has been filed in the apex court on March 26, 2020 seeking declaration of financial emergency amid Corona virus pandemic.

Focusing on the efficient dealing of the issue, the Petitioner (Center for Accountability and System Exchange) stressed that Financial Emergency under Article 360 of the Constitution should be imposed as a “Unified Command” by Center and state will prove more helpful rather than a different set of command which is creating confusion and lawlessness in an already difficult situation.

As per the petitioner, after the 21 days lockdown was announced by Prime Minister Narendra Modi on 24 March, 2020 different states and police authorities took independent action under Section 144 of the Code of Criminal Procedure, 1973 in the guise of orders issued by the central government which “amounts to constitutional fraud”.

“This use of emergency provisions of Constitution is required not only to defeat the war against coronavirus but also in recovery of the Indian economy after lockdown is over,” the petition states.

Further the CASC has asked to the Supreme Court to issue such directions for the Government to provide necessary directions for suspension of collection of utility bills (electricity, water, gas, telephone, internet) and EMI payments liable to be paid during lockdown.

Directions have also been sought for the state police and local authorities to strictly comply with home ministry instructions so that essential services are not disrupted.

The petition filed through advocate Virag Gupta has made a request for urgent hearing through video-conferencing by the top court.

Article 360 of the Constitution:

The proclamation of Financial Emergency may have the following consequences: