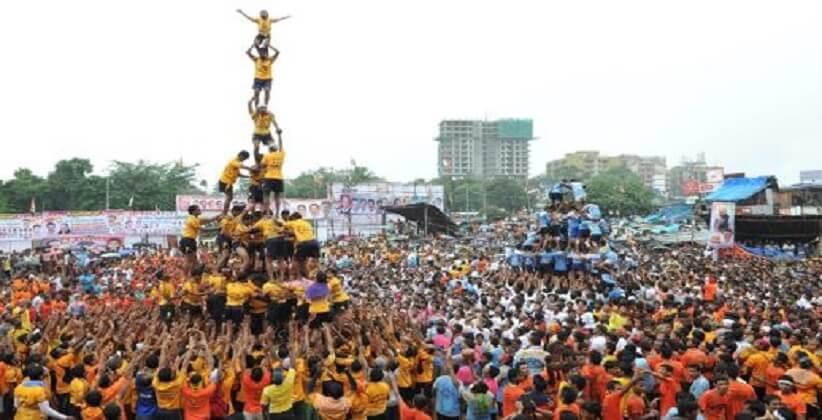 On the auspicious day of Janmashtami, Dahi Handi event is the highlight of the entire festival. It involves young boys forming a human pyramid to break an earthen pot filled with dahi (yogurt) which is placed at a difficult to reach height.

Due to the considerable risk involved in the event a lot of debate has been going on reducing the height of the pot, preventing children from participating and using safety gear. But the State of Maharashtra has still hasn’t been able to fix the height limit of the human pyramid.

Below is the detailed timeline of the actions taken in the past.

2014 – The legal battle to regulate the event of Dahi Handi was initiated in the year 2014 when social activist Swati Patil filed a PIL in the Bombay High Court seeking directions to impose penal action on the organisers in case of injuries or causalities and to restrict the age of participants to 18 years of age.

August 14, 2014 – The Bombay High Court, caps the height of human pyramid to 20 feet and restricts the age of participants to above 18 years of age.

August 1, 2017 – The Maharashtra government again filed a review petition in the Supreme Court stating that it had put in place a detailed safety mechanism. The apex court refused to hear the petition and referred the case back to the Bombay High Court to be heard afresh.

August 7, 2017 – The Bombay High Court removed the restrictions that it had imposed on the height of human pyramids and left it for State to regulate Dahi Handi festival. However, it had upheld the previous order directing the organisers to ensure safety measures in the event and to not allow participants below the age of 14 years of age.

You Will Not Decide What One Wants To Watch: Bombay High Court To CBFC