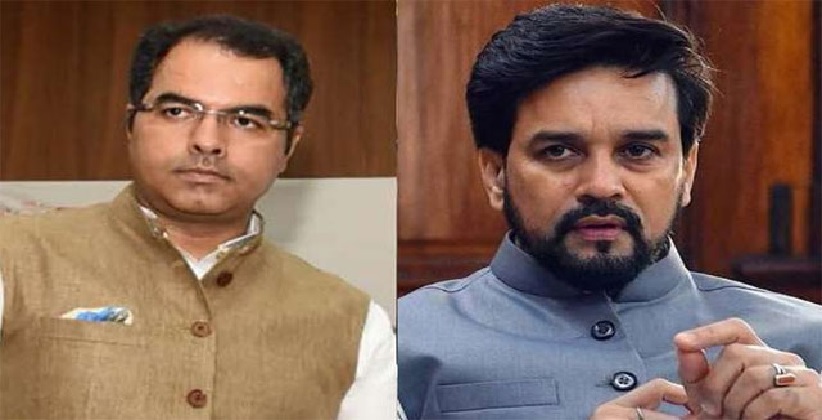 Delhi court has rejected a petition which was filed by CPM leader Bindra Karat, under section 156 of Criminal Procedure Code, seeking registration of FIR against BJP leader Anurag Thakur and leader Pravesh Verma on 29/01/2020, alleged for hate speeches.

Ms. Karat has asked the Supreme Court for following remedies in her petition-

Direct that the investigation into the FIR be monitored by issuing a necessary direction to the SHO TO investigate the matter impartially, fairly, and properly including the arrest of the accused, after the registration of FIR.

Earlier, an order had been reserved for the said petition by ACMM Vishal Pahuja citing the pendency of a writ petition seeking similar relief before the Delhi High Court.

Election Commission of January 1, 2020, issued a notice to BJP MP Anurag Thakur for hid slogan “DeshkeGddaro ko” the commission stated in the issued notice, prima facie, the remarks had the “potential of disturbing communal harmony”, the leader has violated the electoral law and modal code of conduct.

In an interview to a news channel, leader Pravesh Verma stated that what happened to the Kashmiri Pandits could happen in Delhi, he claimed that lakhs anti-CAA protestors on Shaheen Bagh would enter in houses and kill and rape women. Concerning these provocative statements of BJP MP Pravesh Verma, the chief electoral officer of Delhi has also sent a notice to Election Commission.

The Election Commission of India is an autonomous constitutional authority responsible for administering election processes in India. The body administers elections to the Lok Sabha, Rajya Sabha, State Legislative Assemblies in India, and the offices of the President and Vice President in the country. The Election Commission operates under the authority of the Constitution per Article 324 and subsequently enacted Representation of the People Act.