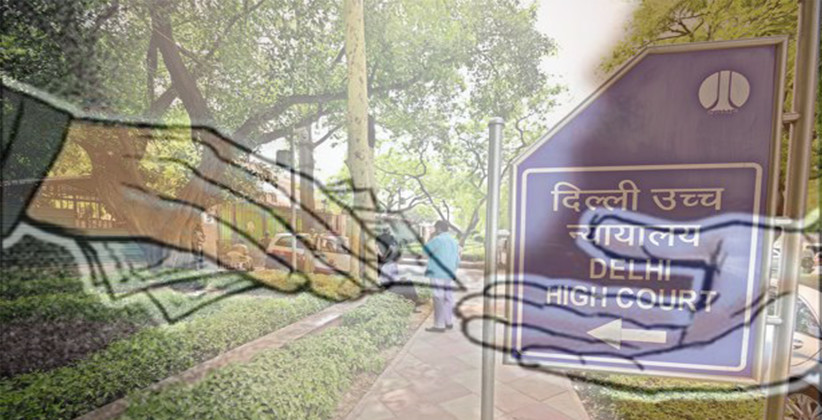 A Delhi Court on May 31, 2019, in the case of Central Bureau of Investigation (CBI) v. Rakesh Kumar & Anr., has convicted a law intern and a Sub Inspector of Police charged with corruption.

The public servant Rakesh Kumar Assistant Sub-Inspector, Crime Branch, Delhi police, Daryaganj, Delhi along with the intern were facing trial for the offences punishable u/s 120 B of the Indian Penal Code, 1860, read with sections 7 and 13 (1) (d) of Prevention of Corruption Act, 1988.

In this case, when the complainant visited to inquire about the status of bail application of her brother, ASI Rakesh demanded a bribe of Rs. 2,00,000 from her to facilitate bail for her brother. However, the ASI later agreed to the amount of Rs. 70,000. Thereafter, the complainant met the intern who told her that as per the instructions of ASI, he would receive Rs.70,000 and keep the same on behalf of ASI, who would collect the same later. With the help of trap team comprising of CBI officers, independent witnesses and the complainant, the law intern was caught red-handed.

The contention raised by the intern before the court was that the amount of Rs.70,000 was meant for legal fees of Advocate for bail application. He was only a law intern having no licence to practice and therefore was not capable to file bail application and the bail application was already pending as moved on behalf of the brother of complainant and another counsel has been representing him, the court noted.

The court then sentenced the ASI and the intern for 4 years of rigorous imprisonment. ASI was also convicted under section 7 of the Prevention of Corruption Act, 1988, and sentenced to three years imprisonment.