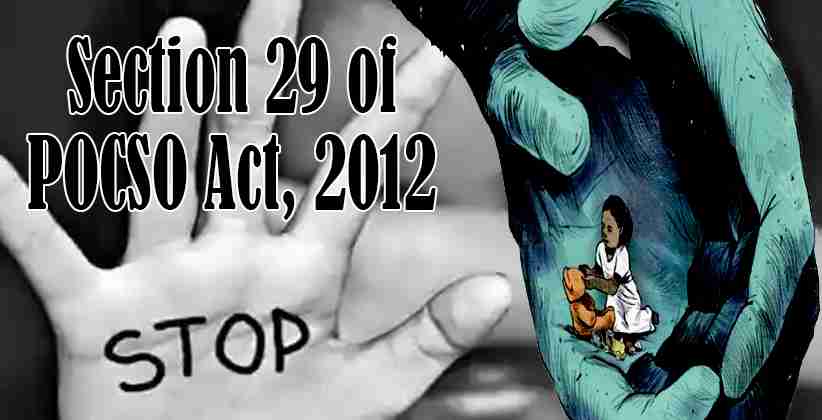 The Delhi High Court laid down a landmark judgment on September 22, 2020, regarding the legislative intent and applicability of “reverse burden.” This was discussed with respect to Section 29 of the Protection of Children from Sexual Offences Act, 2012.

Section 29 of the Protection of Children from Sexual Offences Act, 2012 reads, “where a person is prosecuted for committing or abetting or attempting to commit any offence under section 3,5,7 and section 9 of this Act, the Special Court shall presume, that such person has committed or abetted or attempted to commit the offence, as the case may be unless the contrary is proved”.

Hon’ble Justice Anup Jairam Bhambhani presided over the case. He considered the bail application of the 24-year-old accused who was alleged to have coerced a 17-year-old girl to engage in sexual intercourse with him. He threatened the victim to publicize her private pictures that were taken against her consent.

The defendant contended that he should be enlarged on bail. This is because the charge sheet has been filed and the investigation was complete. However, in retaliation, the prosecution contented the application of Section 29 of POCSO, 2012.

In the current case, the Court has raised the following questions:

The court held that the phrase, “person is prosecuted” in Section 29 of the Act refers to the period when “trial commences”. Thus, the court opined that the term “prosecuted” has been used in place of “tried”

The court held that the presumption of guilt under Section 29 will only be applicable since the trial begins, i.e. once the charges are framed against the accused. It cannot be applied before that

The court opined that the application of Section 29 in all proceedings must be at a stage before the framing of charges, would mean that “the accused must prove that he has not committed the offence "even before he is told the precise offence he is charged with".

Stating that the same shall do "violence to all legal rationality," the Court opined that the presumption under Section 29 cannot arise before charges are framed.”

As illustrated earlier, the court opined that the application of Section 29 will begin only after the trial is commenced.

The bench has further held that certain real-life conditions would also be taken into consideration. These factors are:

“The age of the minor victim: the younger the victim, the more heinous the offence alleged;