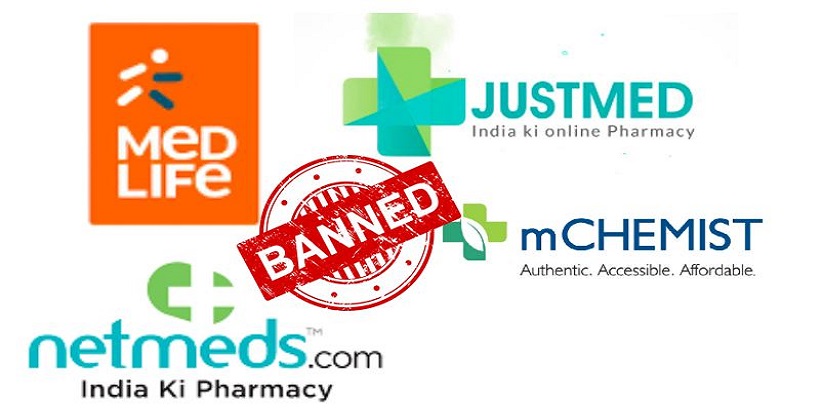 The Delhi High Court on December 12, 2018, ordered a ban on the sale of online medicines by e-pharmacists across the country, as the same is not permitted under the Drugs and Cosmetics Act, 1940 and Pharmacy Act, 1948.

A Bench comprising of Chief Justice Rajendra Menon and Justice V.K. Rao directed the Centre and the AAP government to immediately implement the order.

The verdict was passed on a Public Interest Litigation (PIL) filed by Delhi-based dermatologist Zaheer Ahmed who complained that lakhs of medicines were being sold on the internet every day without much regulation, posing a huge risk to patients and doctors alike.

In the plea filed through advocate Nakul Mohta, it was highlighted that even though the Drug Controller General of India in 2015 clearly directed all state drug controllers to protect the interest of public health by restraining such sale online, lakhs of medicines continue to be sold online, often even without prescription.

Seeking court’s intervention to regulate the online sale of medicines, the plea stated that government has failed in its responsibility to protect public health which is its constitutional obligation under Article 21 of the Constitution of India.

“Unlike common items, drugs are highly potent and its misuse or abuse can have serious consequences on human health, not just for the person consuming it but for humanity at large as some drugs can be addictive, habit forming and harmful to the body. A large number of children/minor or people from uneducated rural background use internet and can be victims of wrong medication while ordering medicines online,” the plea stated.

Further, blaming the government for not doing enough, the plea also stated that online pharmacies are operating without a drug licence and that “unregulated sale of medicines online will increase the risk of spurious, misbranded and substandard drugs being sold” adding that “Some drugs have psychotropic substances and can be easily ordered on internet and misused for criminal activities or drug abuse.”

Moreover, in September this year, the Union Health Ministry had also come out with draft rules on sale of drugs by e-pharmacies with an aim to regulate the online sales and to provide patients access to genuine drugs from authentic online portals.