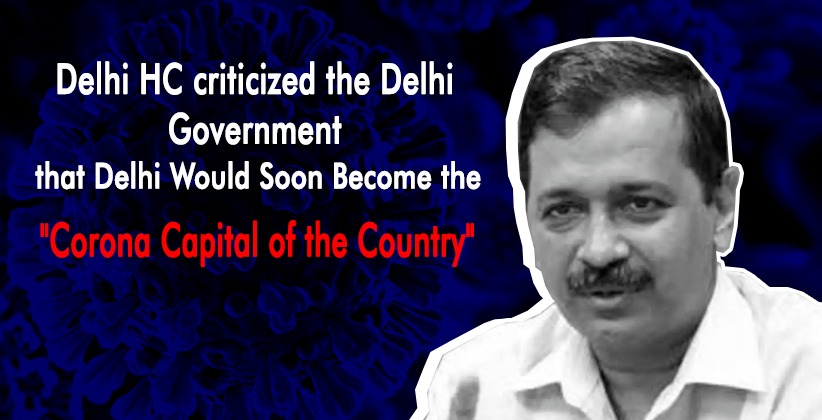 Judiciary Nov 09, 2020 Neha Bharti ( Editor: Ekta Joshi ) 5 Shares
5 Shares
On November 5, 2020, Delhi High Court criticized the Delhi Government by saying that it has gone completely haywire with the handling of the coronavirus outbreak and Delhi is on the way to become the "corona capital of the country", as the third wave of infection in the city continues to create an alarming situation.

As new infections in Delhi have been rising rapidly, deaths and hospitalization requirements have begun rapidly increasing too. According to a bulletin on November 5, 2020, sixty-six people lost their life due to covid-19 and it is the highest single-day death in over four months. Delhi has recorded the last 66 deaths on June 27, 2020, at a time when treatment protocol for covid-19 was still being assessed.  On November 5 20-20 to judge bench of Justice Hima Kohli and Subramonium Prasad sad that "Delhi Government has gone completely haywire on the pandemic and soon going to become the Corona capital of the country thanks to the number of cases shooting up. Many claims were made by the Delhi Government that they are topping charts in testing but the number of cases has overshot. The government has many answers to give us."

There are several indications and facts which show that Delhi is in the grip of its third and worst wave of infection. In the past week there were 5,843 cases on average every day, the highest this number has been seen since the first case was recorded on March 2, 2020. Delhi has now 4, 16, 653 total infections, and 6769 deaths.  The above said comment of Delhi High Court during a hearing on a group of please relating to the payment of salaries to the Employees and former employees of the various civic bodies. It has also said that the Delhi government has taken the health of the citizen for a ride, which is a matter which could deal separately on November 11, 2020, when the bench heard a plea made by Advocate Rakesh Malhotra, which had sought to ramp up of tests in the City.  Dr. Puneet Mishra professor of community medicine at All India Institute of Medical science said that "This time around the cases are being reported from the middle-income neighborhoods. These are people who stayed at home and remained in isolation during the lockdown." Delhi's average 7-day positivity rate currently stands at 11.5% as against in National average of 4.3 %. On November 5, 2020, where over 38,000 patients with active infections in the city, out of 38,000 patients 7231 patients were admitted to the hospitals the data shows. This is the highest hospitalization at a given time seen in the City.  In private hospitals, intensive care unit beds are running full in the City hospital. Over 70 3.5 % of all the ICU beds year marked for the treatment of covid-19 in the city where are occupied as on November 5 2020 evening according to the Delhi Corona app.  On November 5, 2020, Arvind Kejriwal Chief Minister of Delhi said that the government is working on increasing the oxygen and ICU beds and has reached out to the Apex Court to reserve the ICU beds in the private hospital too. Delhi Government has to take necessary steps urgently to deal with 3rd wave of infection and ensure that every patient gets a bed in government or private hospitals so that they can get proper treatment. 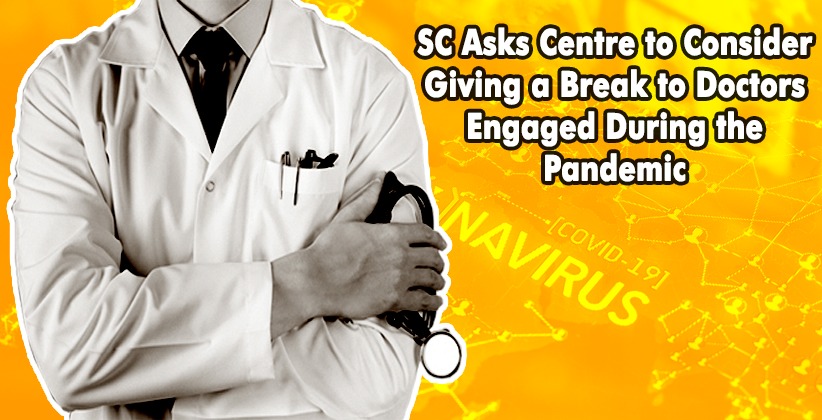 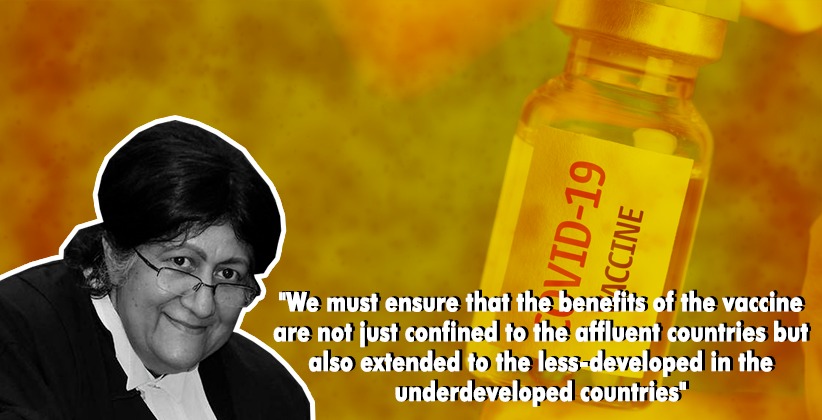 Legal Insiders Dec 15, 2020 Mriganc Mishra, Intern Aquilas Legal Solutio ( Editor: Ekta Joshi ) 1 Shares
1 Share
On Friday (December 11, 2020), Justice Indira Banerjee expressed, “We must ensure that there is equitable distribution of the Covid-19 Vaccine, that the benefits of the vaccine are not just confined to the affluent countries but also extended to the less-developed in the underdeveloped countries." Justice Indira Banerjee was speaking at a webinar on "World Human Rights Day" organised by St. Thomas College of Law and INDIA LEGAL on "STAND UP FOR HUMAN RIGHTS, THE NEED Of GLOBAL...
Read full post