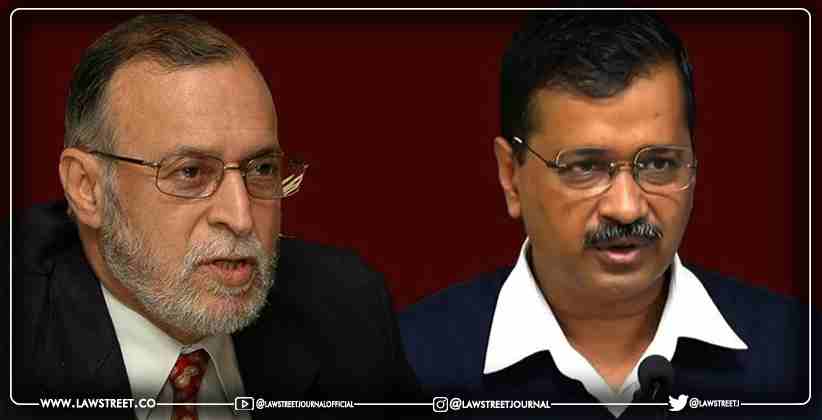 The Delhi High Court on 18th June, 2021 will be hearing the plea regarding the quashing of throrder passed by Delhi's Lieutenant Governor Anil Baijal, to put a hold on Chief Minister Arvind Kejriwal's "Ghar Ghar Ration Yojana Scheme".

The plea requests that the Respondent Authorities assist the affected and destitute persons living on footpaths with food, housing, and medical treatment.

The plea further mentions that, “People are compelled to stand in lengthy lines outside retail stores as Delhi has 72 lakh ration membership cards who are receiving rations, and there is a possibility the ration shops may contract infection and pass it onto the children. With this in mind, the Delhi government has expedited the scheme's operation.”

It claims that the Delhi government was about to begin the 'Doorstep Delivery of Ration' system all across city, but Delhi LG has repudiated the file for the programme's execution. And also mentions that the file for the program's implementation was denied by the LG for two reasons: the scheme has yet to be approved by the Centre, and a court case is still pending. The scheme was halted by the Centre because it had not been approved prior to execution.

The suit further claims that the Delhi government has routinely provided supplies to Delhi residents with ration cards, but not to those living on the street without a ration card or proof of identity. As a result, the appeal claims that such people are unable to obtain rations and they do not have access to fuel or cooking tools.

The plea also mentions that the scheme of the “ghar ghar ration yojana”, which has been halted by the L.G Delhi without any reasonable foundation is contrary to the spirit of the constitution under Article 46. The statement mentioned states that, “The decision for the stay of abovementioned scheme, the L.G. is also not equipped under the honourable Apex court’s judgement in GNCTD &ors v. Union of India &ors, where it was held that the L.G. is obligated to act on the aid and advice of the council of ministers as per art 239AA(4),”.

It further prays for the following: