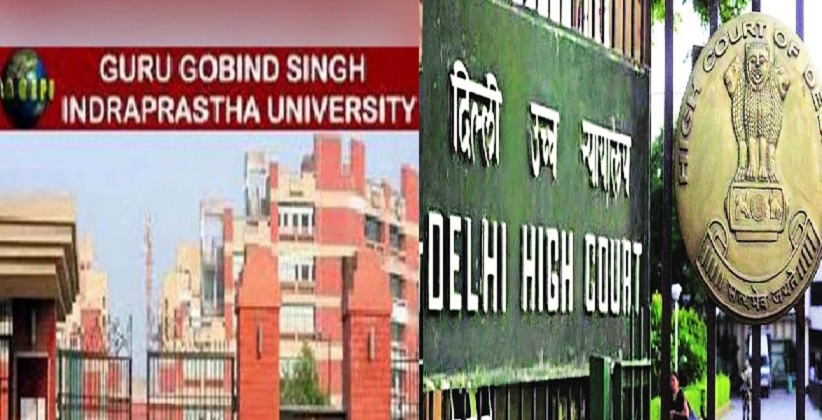 A student of GGSIP University who was detained for shortage of attendance despite being allowed to appear for the exams and attend classes for the next semester was granted relief by the Delhi High Court.

The Single Bench of Justice Jayant Nath noted while quashing the order that the University completely failed to comply with the statutory requirement of announcing the names of the students who were not eligible to appear in the semester exam at least 5 calendar days before the start of the examination.

The Petitioner was informed that she was detained in end term examination due to shortage of attendance by an order dated January 30, 2018, which the Petitioner had challenged in the present case.

The Petitioner relied upon Clause 9.2 of the Ordinance which stated that the Dean of the School/ Director/ Principal shall announce the names of all the candidates who were not allowed to sit for the term-end examination at least 5 days before the exam starts and simultaneously inform to the Controller of the examination.

While calling the allegation of non-display of notice about the aggregate of attendance an afterthought, the University argued that the parents were sent individual letters by speed post on 09.09.17 and 20.11.17 A notice dated 09.11.2017 was published wherein students were advised to see their cumulative average attendance.

The University argued that the Petitioner appeared for the Vth semester exam on a false plea of misplacing the admit card. It further claimed that no admit card was issued to the petitioner based on the same notice.

Observations of the Court:

The court observed that the University issued the notice on 28.11.2017 whereas admittedly the practical exams had begun on 13.11.2017. Hence, the notice was issued much after the commencement of the examination.

'This is so as the said stipulation of giving 5 calendar days advance notice to the students before the start of examination informing that they are not eligible to appear in the semester examination is a stipulation for the benefit of the students. It brings certainty to the procedure for stopping a student from sitting in an examination on the grounds of shortage of attendance. It is manifest from the events that have been stated above that the respondent failed to comply with the provisions of clause 9.2 of the Ordinance in question’.

The Court further noted that:

‘The petitioners were allowed to give the Vth semester and thereafter, to sit in the classes in January for the VIth semester. It is only on 30.01.2018 that they were stopped from further attending the Vth semester examination. The respondent cannot be allowed to avoid clause 9.2 of the Ordinance and act contrary to the same.’