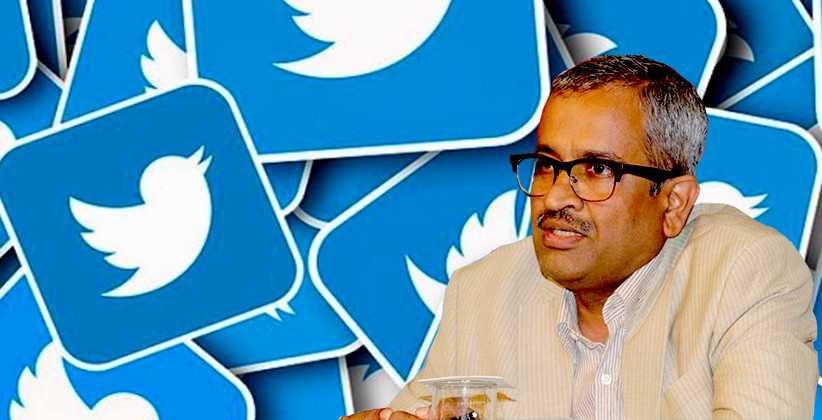 The High Court of Delhi on January 6, 2020 issued a notice to Twitter and the Ministry of Information Technology and Electronics when Senior Advocate Sanjay Hedge made a prayer challenging the suspension of his twitter account.  The petition also calls for the interpretation of Article 19 of the Indian Constitution which resonates with the free speech and expression in line with any censorship relating to social media. The case was heard by Justice Navin Chawla of the Delhi High Court.

Last year in October, 2019, an American microblogging and networking site, suspended Hedge’s twitter account on the grounds that there was a usage of a picture of August Landmesser and the header image equivalent to “hateful imagery” and infringed the terms of usage of Twitter. However, Hegde, in his petition drew attention to an image which showed Landmesser standing out in a rally of workers not raising his arm in the Nazi salute showing disregard and dissent.

Following this incident, Hegde’s account was restored the next day and suspended again on October 28, 2019. However, this time the reason was retweeting CPI-ML member Kavita Krishnan's tweet. These have not been the only two tweets which lead to the suspension. In May, 2017 a tweet by Krishnan contained a poem written by Gorakh Pandey against the death penalty, titled “Unko phaansi de do.” Sanjay Hegde had quoted the tweet and retweeted it with the caption “Hang him” which is what the English translation looks like.

Hegde made constant appeals but to no avail when on November 5, 2019 his account was permanently sacked which he recounts to be arbitrary and against Article 19 of the Constitution. It is the duty of the government to enforce fundamental rights of an individual and make sure they are not violated by private entities. The date for further hearing has been set for February 11, 2020.

Pendency of Plea In SC No Excuse To Seek Stay In Insolvency Proceedings In UK, Says SC To Vijay Mallya