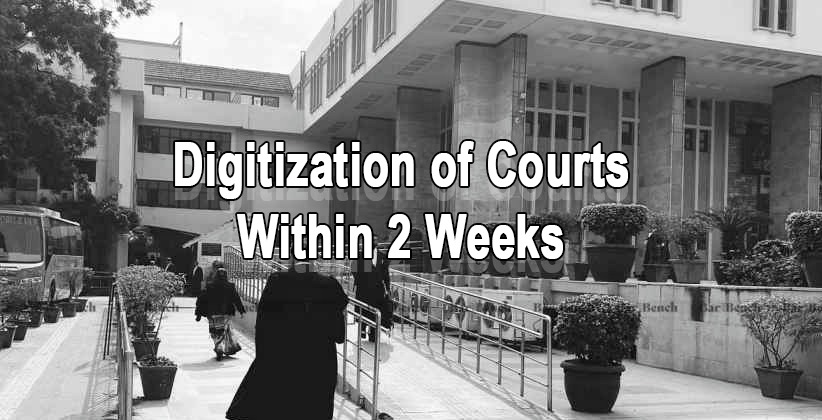 The High Court of Delhi has called out the administration on its casual approach towards the problem faced by the system of dispensing justice through courts. It directed the Delhi Government to clear pending urgent proposals regarding the digitization of district courts in Delhi.

A few weeks ago, the Supreme Court passed an order to ensure that all 7 district courts within the National Capital Territory get digitized and start functioning online.

The division bench comprising of Justice H Kohli and Justice Subramonium Prasad adjudicated the matter. While hearing, the courtmade the following observations-

“We are compelled to take note of the casual approach adopted by the Delhi Government in clearing matters of such urgency, particularly when restricted court hearings through video-conferencing are continuing due to the COVID-19 pandemic which has worsened in Delhi. The Delhi Government is directed to act with alacrity and clear the aforesaid two urgent proposals within two weeks from today.”

The order came in a plea that sought directions to be issued to the district court to start recording evidence in pending cases through video conferencing. It was filed by petitioners Ankush Satija, Ankur Mahindro, and Sanjoli Mehrotra.

Delhi government submitted its compliance report on four urgent matters related to digitization of courts which were identified during the previous hearing. In the report, the government stated that –

“...only the first proposal relating to grant of permission to initiate e-tender process for AMC of local area network installed in the Delhi District Courts, has been sanctioned. As for the second proposal, relating to permission for floating of e-tender for Annual Rate Contract of LAN installed at District Court Complexes, Delhi for a period of two years, though the compliance affidavit states that the said proposal was forwarded by the Minister (Law), GNCTD to the Finance Department only on 29.06.2020, Mr. Anupam Shrivastava, learned ASC appearing for the Delhi Government states that it has been conveyed to him only this morning that clearance has been given yesterday.”

The OSD (Examination) and Chairperson of the Centralised Computer Committee of District Courts jointly submitted that the issue of LAN is not addressed in the compliance report submitted to the court but other issues of purchases of laptops and computers, etc. have been addressed. As for purchasing Network Attached Storage, Expenditure Sanction, and procurement of routers, the government submitted that the Law Minister has forwarded the said proposals to the IT department.

While asking the Delhi Government to act with more alacrity, the court directed the concerned government to file a status report on all the pending proposals before the next date of hearing. The matter will next be taken up on July 16.

Delhi has become the region with the second-highest number of infections and the pressure on the government to deal with the spread of the virus is immense. At such a time, the need for courts to decide important matters for the smooth functioning of the lives of people and even administration itself has become essential. As physical premises of courts are still not open, the need for online facilities to hear matters has become very urgent.