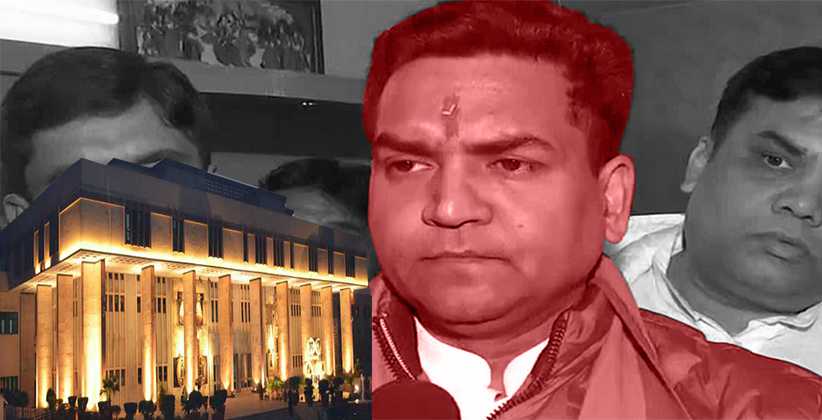 New Delhi: The Supreme Court today (26th February) dismissed the hearing of the petition filed by the Bhim Army Chief Chandra Shekhar Azad Ravan. Azad is the intervenor in the case filed by BJP Leader Nand Kishore Garg for the removal of road blockade at Shaheen Bagh. The petition seeks to register FIRs against those who are involved in the violent acts in the north east parts of Delhi. Azad has alleged Bhartiya Janta Party leader Kapil Mishra in his petition for inciting and orchestrating the violence. The petition also sought for the safety of the women present in Shaheen Bagh. The petition was filed in the Supreme Court on 25th February.

Justice Muralidhar shocked by the revelation made by the police official says “are you serious?” Justice Muralidhar of the Delhi HC further said “the situation is very unpleasant. We have all watched videos of what is happening”. “Can we take that on record that you haven’t watched any videos?” asks Justice Muralidhar.

A lot of incidents of violence have been reported over the few days in the north east part of Delhi in the opposition of the Citizenship Amendment Act (CAA). In areas like Seelampur, Jafrabad, Welcome, Babarpur, Dayalpur, Brijpuri and ChandBagh clashes broke out between groups opposing and supporting CAA. Shoot at sight orders were also issued in the clash affected areas of north east Delhi. These orders were announced by the Delhi Police SP in Yamuna Vihar. Atleast 20 people including a Delhi police constable have been killed and more than 180 people have been injured in the clashes, the GTB hospital confirms.

Senior IPS officer SN Srivastava has been appointed as special Commissioner (Law and Order). The protestors are seen pelting stones, torching houses and buses. Some media persons covering the incidents have also been attacked. In view of the violence the administration in Ghaziabad has sealed three borders adjoining north east Delhi. Private and Government schools are shut down for today (26th February) in north east Delhi and board exams conducted in centers in this area have also been postponed based on the request of Directorate of Education and the Government of Delhi and to avoid inconvenience to student, staff and parents.

Ajit Doval the National Security Advisor has reviewed the situation in north east Delhi. He then went to the office of deputy commissioner of police (north east).

He further tweeted that, “Police and other agencies are working on the ground to ensure peace and normalcy.”