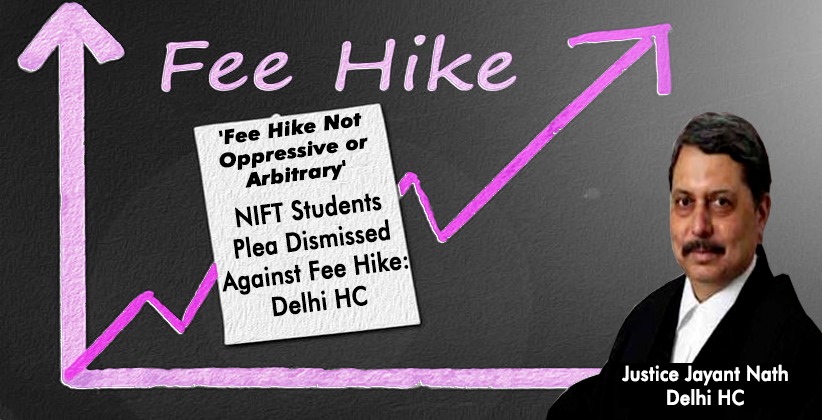 On October 21, 2020, the bench of Justice Jayant Nath of the Delhi High Court dismissed the writ petition filed by NIFT students against the 10% fee-hike for non-NRI students on the grounds that the plea was vague and that the fee hike cannot be termed as oppressive or arbitrary.

Counsel for petitioners argued that the system of fee hike is erroneous and lack transparency. The petition was filed by NIFT students seeking a writ of mandamus for setting aside fee circulars as arbitrary and oppressive. The need for greater transparency was urged by placing a balance sheet recording profit for the financial year ending 31.03.2019 of the institute.

It was brought to the attention of the court that no information was diverged by the respondent institute when the attempt was made to seek information through RTI application.

The court dismissed the petition on the basis of arguments and perusal of communications and circulars issued by the NIFT and on the ground of lack of merit and lack of substance to hold fee hike as arbitrary and oppressive.