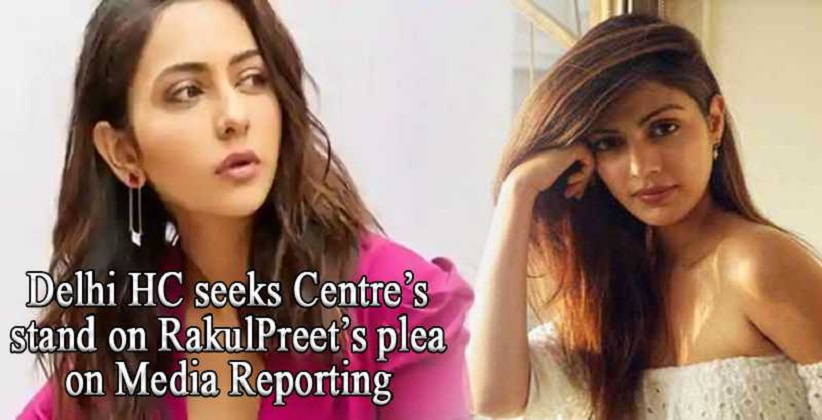 Judiciary Sep 22, 2020 ROCKY DAS ( Editor: Ekta Joshi ) 3 Shares
3 Shares
Indian Actress Rakulpreet Singh has filed a petition in Delhi High Court against the Media houses regarding the statement made by alleged Rhea Chakraborthy about Rakulpreet’s connection in the current drug investigation. Rakulpreet stated that though Rhea has reconstructed her statement, later on, the media still continuing to drag and connect the actress’s name in the alleged drug case.

Also Read - Full Bench Order on Extension of Parole in Light of COVID19 Applies to Both Parole Granted by Jail and by the Court: Delhi HC [READ ORDER]

In her petition to the court, Miss Singh also stated that due to the fake rumors she has suffered defame in the industry and lost many endorsements contracts. Singh has sought a direction to restrain the media from such reporting and alleged violation of the program code and guidelines issued by the Centre. While hearing the petition, the court asked Miss Singh about any complaints has been filed in an earlier stage against the media houses with the Ministry of Information and Broadcasting and ordered the News Broadcasting Association (NBA) to take immediate action against such news channels which are still in the process of erring the news. The Centre came forward in the matter and noted that the actress was seeking an injunction which cannot be possible during an ongoing investigation and any kind of pre-censorship order cannot be possessed in the meantime.

On Thursday, a bench headed by Justice Navin Chawla of Delhi High Court passed a notice ordering the Centre and its authorities to look closely into the matter related to the petition and conclude it with necessary measures, if any evidence, to eradicate the defamatory and false allegations made on the actress and should keep in mind to control over the media trials in any current ongoing investigations.  However, the court observed all the facts and ordered the Central Authorities along with NBA to keep the media houses away from any kind of media trials before any validate judgment in any case and should watch strictly to the media panels whether they are following all the norms of the Program Code Guidelines and take strict action if any of them fail to do so.

Judiciary Oct 19, 2020 Rocky Das ( Editor: Ekta Joshi ) 2 Shares
2 Shares
A plea has been made by a prisoner for seeking an extension on his ongoing parole which was granted by the jail authorities and not by the court. The petitioner focused light on orders by the full bench which states all the parole, interim bail, and furlough granted shall be extended with keeping in view of the current pandemic situation.Mr. Akshay Bhandari on behalf of the petitioner argued that if the extension is being granted by the jail administration and not by the court, the extension...
Read full post 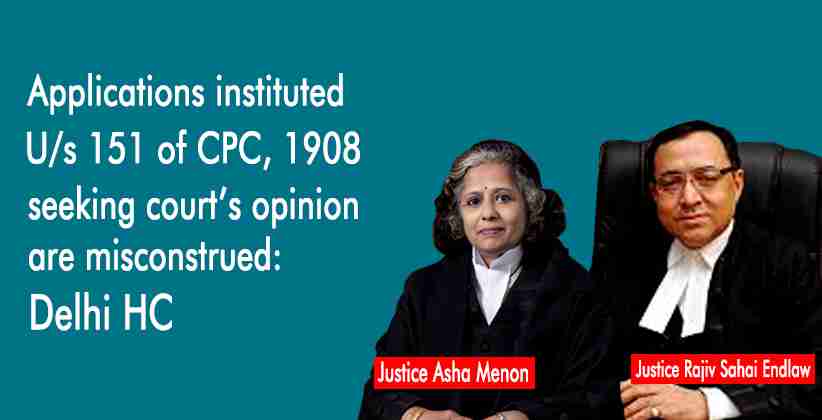 Judiciary Oct 13, 2020 Arundhuti Deshmukh ( Editor: Ekta Joshi ) 23 Shares
23 Shares
The Delhi High Court recently made an explicit clarification that applications instituted under Section 151 of the CPC (Civil Procedure Code),1908 for the want of legal interpretation of the Court are misinterpreted. The Court held the same in the light of the sale deed, the copy of which was to be filed before the Court. The Division Bench of Justice Rajiv Sahai Endlaw and Justice Asha Menon further advised the Petitioner that he's free to seek the opinion of Justice Endlaw after he...
Read full post