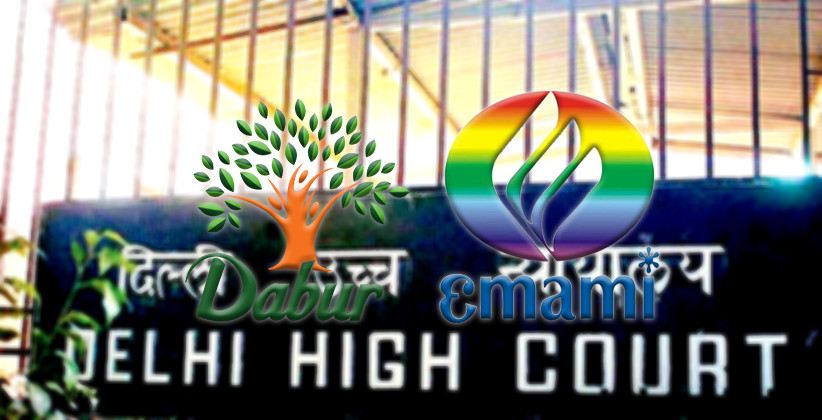 The Delhi High Court on July 3, 2019, in the case of Dabur India Ltd. v. Emami Limited has dismissed a plea by Dabur seeking to restrain Emami from broadcasting, printing and publishing Zandu Chyavanprashad advertisements in any media.

A Single Judge Bench of JusticeSanjeev Narula while hearing Dabur's plea for an interim injunction observed that the courts should not stifle innovation and fair competition.

Dabur had filed an application for interim injunction on the ground that Emami’s advertisements were disparaging and injurious to the goodwill and reputation of its product, Chyawanprash.

The impugned advertisements revolved around the assertion that other Chyawanprash brands contained 50% sugar as opposed to Emami’s product.

Before the court, Dabur argued that it was a case of generic disparagement as Emami was misleading and misrepresenting to the consumers that Chyawanprash was harmful.

It contended that as per the Ayurvedic recipe, the ingredients required to make Chyawanprash included various herbs, and thus required a high quantity of sugar to make the product palatable. A comparison of a sugar-free Chyavanprashad with “non-diabetic traditional Chyawanprash” was not permissible in law, Dabur submitted before the court.

After hearing the parties, the court analysed a series of cases and the Code of Advertising Standards Council of India to conclude that comparative advertising was permissible in law but it must not be false, misleading, unfair or deceptive.

The court observed that while making a comparison, a competitor could declare his goods to be the best in the world even if untrue. However, one could not say that the competitor’s goods were bad.

“Thus, puffery is allowed, but slander and defamation of the goods of the competitor is impermissible,” the court said.

The court observed that Dabur's contention that Chyawanprash was shown to be bad or unhealthy, thus disparaging its reputation, was misplaced. It said: “the modified advertisement only gives the information and a choice or option to the viewers/consumers who would like to buy a product that is giving the benefit of Chyawanprash without sugar. The comparison in the present case is inevitable. The benefit of a product without sugar can be best showcased by juxtaposing with the variant that has sugar in it. The question whether the sugar-free variant is indeed a healthier option is being left for the consumer to decide. But, certainly, it cannot be said that the advertisement is in any manner implying disparagement of “Chyawanprash” generically.”

Moreover, the court also noted that the declaration in the Chyavanprashad advertisement to the effect that Chyawanprash contained more than 50% sugar was factually correct.

Thus rejecting Dabur's contention that the advertisements were misleading and malicious, the court said: "In fact, the advertisement is not comparative in a strict sense. It only gives a message that the defendant's product which is a sugar-free variant is available for the consumers. In this process, no doubt a comparison has been done with the sugar-based product; however, there is no misleading aspect to it.”

It was, therefore, concluded that Emami's limited comparative analysis in its Chyavanprashad ad could not be comprehended to be depicting the rival product negatively.

Further recognizing the company's right to free speech, the court stated, “...Court cannot ignore Defendant's right to free speech, which includes right to ensure widespread awareness of the benefits of its products. The parties should not be hyper sensitive about the messages. If there is no clear case of disparagement, the Court would not like to interfere.....The Courts should not be asked to suffocate the competitors on a perceptive understanding of the competitor that the message delivered through the advertisements is disparaging. Defendant's right of free speech needs to be weighed upon and protected. Defendant should be allowed to use marketing skills and sell its products, as along as they are not disparaging.”

While discussing the importance of Emami's “selling point” i.e. Chyavanprashad does not contain sugar, the court observed, "The theme of the advertisements is to focus on the benefits of healthy sugar free alternatives.. The key differentiator of the product is indeed “sugar” and that is the striking feature of the Defendant’s product..."

It, therefore, cautioned courts against stifling innovation and fair competition in the market from new products that appeal to the present times. It said: “The Courts should not stifle innovation and fair competition. If the Defendant claims that its product solves the needs of the present times where public is shunning sugar based products, it should be allowed to inform the public about the same. It claims that sugar free product achieves the same level of efficacy without the harmful or negative effect of sugar, if any. The Court should not restrain the Defendant, merely because the stakeholders in the industry feel that advertisement is hurting them.”

Accordingly, the court concluded that there were no grounds to restrain Emami from publishing the advertisements. It also held that Emami will be bound by the modifications to the advertisements that it proposed itself, by way of an affidavit filed in the matter.

No Appeal Against Decree/Order Under Section 6, Specific Relief Act, 1963.