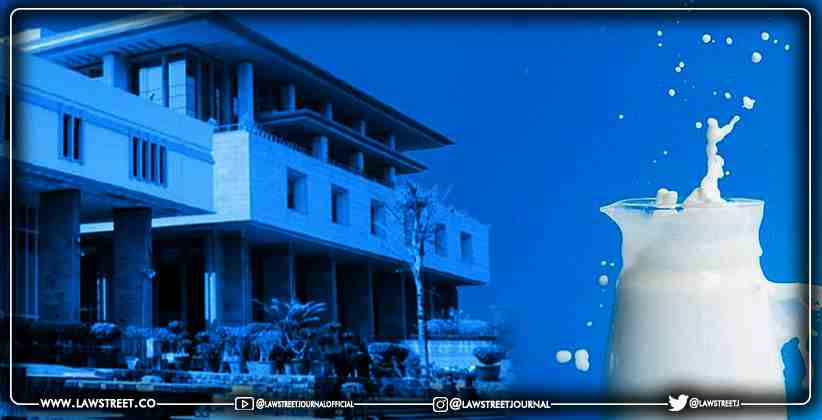 A Notice has been issued by a Single- Judge Bench of Delhi High Court comprising Justice Rekha Palli in a petition alleging "misbranding" and "mislabelling" of plant-based food/beverages extracted from almond, soya, oats, etc., as 'milk' and other dairy things like 'paneer', 'curd'(Dahi), 'yogurt’.

The petition was filed by the National Cooperative Dairy Federationof India through Advocates Abhishek Singh and J Amal Anand against the food Safety and Standards Authority of India (FSSAI) and the Commissioner of Food Safety.

The petitioner is the apex body of the co-operative dairy industry which engages in the manufacturing and marketing of milk and milk products.

According to the petitioner, the statutory plan of the Food Safety Act, 2006 and its allied norms prevent the use of the word "milk" and other dairy terms like 'paneer', 'curd'(Dahi), 'yogurt' for any plant-based food/extracts as these don't qualify as milk, milk product or composite milk product.

The plea stated that,

“Plant-based beverages are named as 'Milk' and "Milk items" on the sole premise of being WHITE OPAQUE food sources. The composition of such 'white opaque food is primarily water mixed with plant or nut extracts consequently expecting a wholly distinct and dissimilar nature and composition to that of animal milk,"

The petitioner expressed that the right to livelihood and right to freedom of trade of millions of farmers engaged with dairy farming and animal farming is being gravely prejudiced and adversely affected by plant-based drinks manufacturing companies making plant-based beverages like 'milk'. Therefore, petitioner stated that necessary steps and proper action ought to be made against Hershey and other named entities for misbranding plant-based drinks as "milk".

The petitioner also stated that the authorities have failed to perform their legal obligations in the face of the rampant rise in the production and sale of plant-based foods /refreshments as 'milk', in complete disregard of the legal provisions.