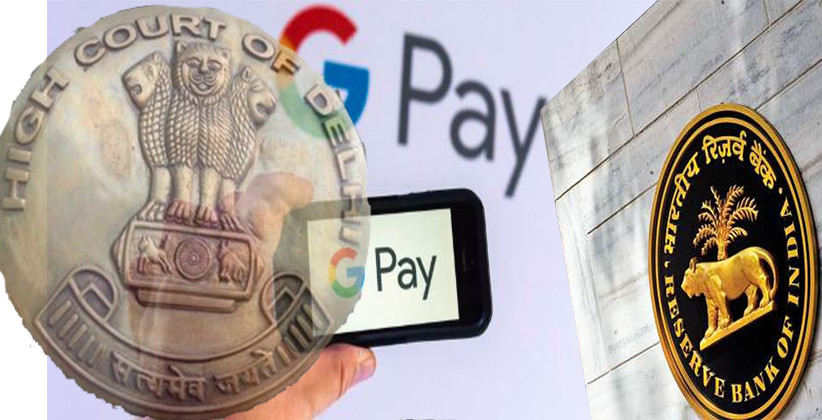 A Bench comprising of Chief Justice Rajendra Menon and Justice A.J. Bhambhani was hearing a PIL filed byAbhijit Mishra when it had asked the Central bank how Google's mobile payment app, GPay, was facilitating financial transactions without the requisite authorisation from it. In its petition, Mr. Mishra claimed that GPay was acting as a payments system provider in violation of the Payments and Settlements Act, 2007, as it has no valid authorisation from the central bank of the country to carry out such functions.

Further, Mr. Mishra has also contended that GPay does not figure in RBI's list of authorised 'payment systems operators' released by the central bank on March 20, 2019. The court on hearing the matter has also issued notice to Google India.

Executive Oct 12, 2020 Neha Bharti ( Editor: Ekta Joshi ) 2 Shares
2 Shares
The Reserve Bank of India revised the Monetary Policy Committee. The repo rate for the month of October remains unchanged. There is no change in time as well; the current repo rate is 4 %. The reverse repo rate has been maintained at 3.35 %. Repo rate is the rate at which the central bank of the country (Reserve Bank of India) lends money to commercial banks in the event of any shortfall of funds. Repo Rate is used by monetary authorities to control inflation. The Monitory Policy Committee...
Read full post

Executive Oct 10, 2020 Jishu ( Editor: Ekta Joshi ) 2 Shares
2 Shares
Reserve Bank of India (RBI) governor Shaktikanta Das on Friday (October 9,2020) said that online transfer of funds via Real Time Gross Settlement (RTGS) will be available round-the-clock from December 2020.The step is being taken to "facilitate innovations in the large value payments ecosystem and promote ease of doing business".“In order to facilitate swift and seamless payments in real time for domestic businesses and institutions, it has been decided to make available the RTGS system round...
Read full post