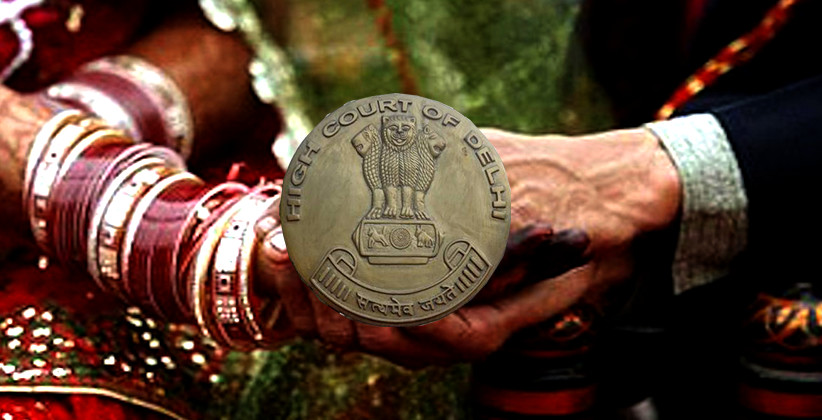 The Delhi High Court on August 19, 2019, has sought Centre’s response on a PIL challenging the difference in age for marriage for men and women.

The petition was filed by Ashwini Upadhyay alleging that the “distinction is based on patriarchal stereotypes and has no scientific backing.”

The Division Bench of Justice D.N. Patel and Justice Hari Shankar directed the government to file their affidavit by the next date of hearing on October 30, 2019.

Senior Advocate Vibha Datta Makhija, who argued for the petitioner, submitted the following before the Bench:

According to the petitioner, the distinction in minimum age for marriage not only violates right to gender equality under Articles 14 and 15 of the Constitution but also it goes against India's obligations under The Convention on the Elimination of all Forms of Discrimination Against Women (CEDAW).

Further, as per the petitioner, the distinction leads to power imbalance in a matrimonial household which further aggravates social deprivation of women. The higher minimum age for men is guided by a flawed perception that the husband is the sole breadwinner of the family and hence requires higher education before marriage to make an earning for himself and his family.

Complaint U/S 498A IPC Need Not Be Filed By Woman Subjected To Cruelty Herself: SC [Read Judgment]