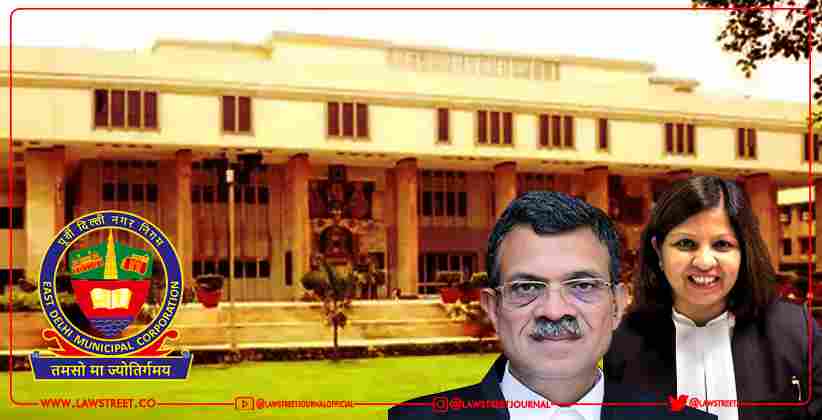 Judiciary Apr 12, 2021 Shreyas Nair ( Editor: Ekta Joshi ) 7 Shares
7 Shares
“While sanitation workers and their unions have the right to oppose non-payment of wages, they will not be able to cause a nuisance or resort to hooliganism by throwing garbage on streets and obstructing other employees from going to work,” the Delhi high court said on April 8, 2021, in a matter at hand.

It dismissed an application by the East Delhi Municipal Corporation (EDMC) for a directive to the city police and the Delhi government to ensure that its officials and staff, including eager safai karamcharis, are not obstructed in performing their duties. Such behaviour would not be allowed, according to a bench of justices Vipin Sanghi and Rekha Palli, and penal action would be taken against union representatives and members. During the hearing, Advocate Prakash Kumar appeared before the court on behalf of the president and secretary of the MCD Swachhata Karamchari Union officials, who issued the strike call, and told the court that they will not engage in such actions or issue a strike call in the future.

“If you have a claim, you have a right to raise it, and nobody is taking away your right However, you cannot cause a disturbance or engage in "gundagardi" (hooliganism). This will not be tolerated, and we will retaliate with a strong presence. We would not allow someone to take law into their own hands,” the bench said.

‘Gundagardi' would be prohibited. Garbage can't be dumped on the street, and you can't stop others from doing their jobs”, it added.

Since the president and secretary of the union have come before it, the court said, it does not intend to enforce the bailable warrants given against them earlier. “We have stressed upon the president and secretary of the union that, while they have the right to exercise their legal rights to, they do not have the right to create a disturbance and taking the law into their own hands by dumping garbage on roads and preventing others from fulfilling their duties,” the bench said.

The EDMC had previously stated that "several safai karamcharis unions had called for a strike in March and that they shall be restrained from throwing garbage on streets or obstructing the corporation's working." Through its complaint, the EDMC has requested that the authorities offer appropriate assistance such that the corporation's day-to-day activities go on seamlessly and that the general public is not inconvenienced.