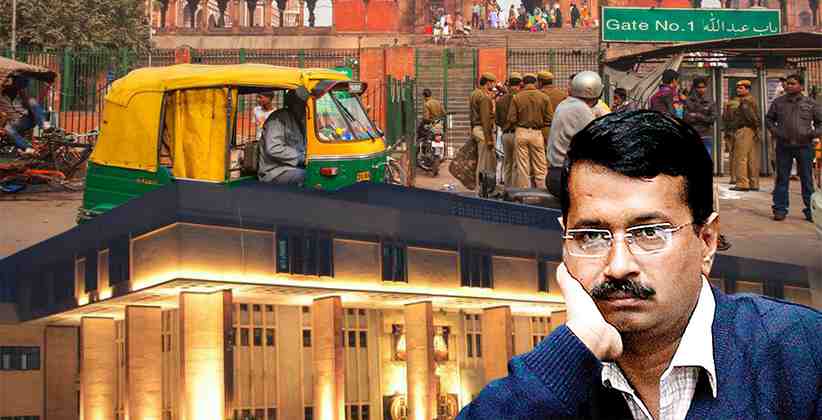 The High Court of Delhi on 7 February, 2020, a day before the Delhi Assembly elections, stayed the Aam Aadmi Party (AAP) Government's June decision from last year which increased auto-rickshaw fares by 18%.

A bench of Chief Justice DN Patel and Justice C Hari Shankar said, “We hereby stay the operation of the June 12 notification issued by the Delhi government till the next date of hearing, that is, May 21.”

The court heard a petition filed by the Non-Governmental Organisation (NGO), the Aiding Hands Foundation, calling for the notification of the revision of car fares to be set aside as it was issued without the approval of the competent authority, that is, the Lieutenant Governor (LG), and the hike would have a serious impact on the people.

The bench stated that it was of the opinion that the petitioner had a prima facie case stating the fact that the Delhi Transport Department could not issue such notification because the LG was the competent authority.

"We are not concerned about the dispute between you two (Delhi government and LG). But if you cannot do anything, it means you cannot do." said one of the judges.

Advocate D P Singh, arguing on behalf of the NGO, and the Central Government's standing counsel Jasmeet Singh, argued that the Delhi Government does not have the power to issue such a notification and needed to be set aside as a bad law.

Nevertheless, Delhi government counsel Shadan Farasat opposed the argument that auto fares come under the Department of Transport, and so it has the power to issue the notification to amend the tariffs.

AAP leader Sanjay Singh on Friday said that his party will increase the auto fare in a week's time on re-election, soon after a court stayed the notifying order of the city's government.

Singh, speaking to the media, alleged that the Bhartiya Janta Party (BJP) was against auto drivers' interests. Auto-rickshaw drivers in Delhi have been demanding an increase in fares for a long time as they were unable to make any profit, he said.

The court issued a notice to the Centre, the Delhi Government, its transportation department and fare revision commission on the PIL on July 8, last year. The petition challenged the notification that auto tariffs in Delhi were arbitrarily revised by authorities, adversely affecting residents who are otherwise victimized by car drivers' unruly behaviour and exorbitant charges.

The appeal, filed by Advocates Anurag Tandon and Ashwin Manoharan, argued that the notification was issued without any legal authority and in flagrant breach of the constitutional provisions.

It said auto drivers rarely agree to go through the meters and charge exorbitantly, and the revision of the fare only helps them to charge a higher price than normal.