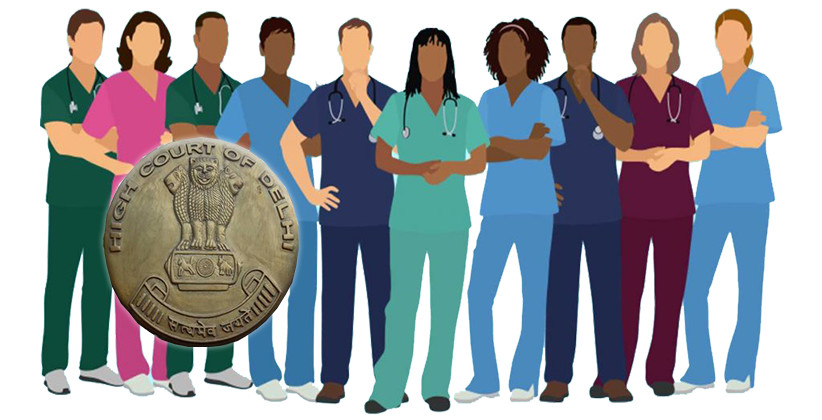 The Delhi High Court on July 24, 2019, in the case of Association of Healthcare Providers (India) v. Government of NCT of Delhi has upheld an order issued by the Delhi government to fix the minimum wage of Rs 20,000 per month for nurses working in city hospitals, including the ones with less than 50 beds.

The government order stated that the failure of compliance of the order would result in a strict action and the defaulter hospital or nursing home would be liable to cancellation of registration.

The judgment was passed by single judge Bench Justice C. Hari Shankar in a petition referring to a June 25, 2019, order by the Delhi government on the salary of nurses working in private hospitals in Delhi.

After hearing the parties, the court observed that the cancellation of the registration of a hospital or a nursing home was an extreme step, fraught with serious and debilitating consequences not only the hospital, but also all its employees and the patients. Thus, the court deemed it appropriate to direct that the cancellation of the registration of any defaulting hospital/nursing home should be kept in abeyance till the defaulting hospital/nursing home is given an opportunity of personal hearing in that regard.

“It would be open to the hospital/nursing home, to take all available defences, against any proposal to cancel its registration, including the defence of whether such cancellation could be effected, given the provision of DNHR Act, on the sole ground of failure, on the part of the hospital/nursing home, to comply with the recommendations of the Expert Committee, in respect of nurses working in its establishment,” the court said.

Accordingly, the petition was dismissed and the order along with minimum wages for nurses in private hospital was upheld.