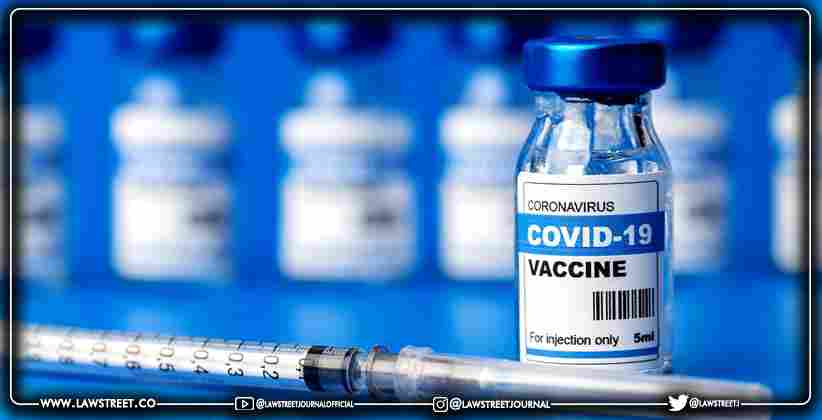 The Delhi High Court, on Thursday (May 27, 2021), issued notice to the Centre and Delhi Government on a plea seeking clarity over vaccine order claims after Centre-Delhi discord.

A division bench of Chief Justice DN Patel and Justice Jyoti Singh asked the Centre and Delhi Government to file a reply and listed the matter for Thursday, June 4.

The petition was filed by Advocate Gaurav Gaur on behalf of his client, a 43-year-old man Vivek Garg, who was unable to get his first dose of Covid-19 vaccination. He has filed the petition stating that as a citizen of Delhi and in the interest of the Public he must know who (Delhi Government or Centre) is passing on the correct information and who is making a false statement regarding the issue of vaccine shortages.

India is facing a severe shortage of vaccines amid a relentless second wave of Covid. Although the vaccine slots opened for people aged 18-44 years on April 28, the desperate wait for vaccines only gets longer. The same is the plight of the petitioner who has been trying to get himself registered for receiving the first dose of Covid vaccination but there are no slots available.

The plea stated that “On May 10, Delhi Chief Minister Arvind Kejriwal had held a press conference and appraised the public that his government has placed an order for 1.34 crore vaccines and the Respondent No.1 has distributed only 3.5 lakh vaccines in May. In response to that, the Bhartiya Janta Party (BJP) leaders said no order had been placed by the Delhi Government”.

Emphasizing the contradictory statements made by the Centre and the Delhi Government, the Counsel for the petitioner submitted that “The Chief Minister of Delhi, the Health Minister of Delhi, and MLA Ms. Atishi are claiming that they are not left with vaccinations beyond 3-4 days. If it is so then, the lives of the residents of Delhi are in extreme danger. But on the other hand, Respondent No.1 (Centre) is speaking otherwise. It is of utmost importance to fix the accountability for such contradictory statements”.

The authorities concerned should be accountable to the public at large for their acts and presently the political leaders are busy blaming the other party, the plea stated.

The petition prayed for the constitution of a commission comprising of retired judicial officers who can decide who is passing on the correct information and who is making a false statement and misleading the public at large.