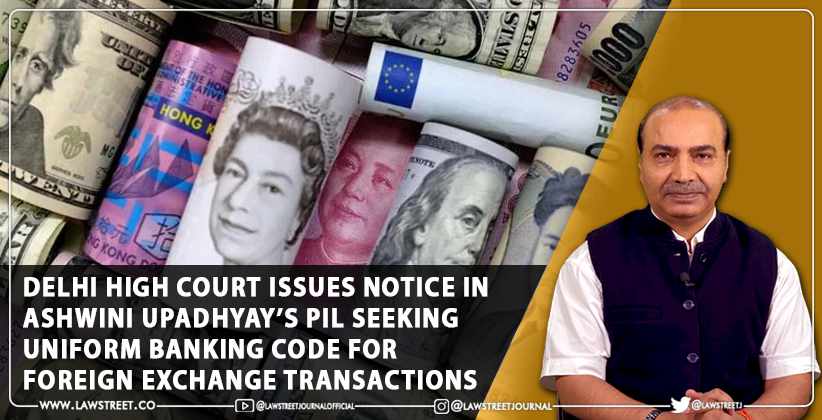 Court: What kind of a petition is this? There is no head or tail. We have not been able to understand…

Upadhyay: It took me one year to understand the problem. There is a massive funding to divide our country on religion, caste and language basis.

Upadhyay takes the bench through bank transactions made by a person sitting in Australia. He claims transactions are in RTGS, NEFT mode, which are domestic modes of transfer.

Upadhyay: Rs. 50,000 crore coming to the country to disturb the society. It's a very serious threat.

Upadhyay: If you go to Palika Bazar, Pahadganj area with some money, they will take some commission. Then they will transfer it in your account showing that it is a foreign transaction.

ASG Chetan Sharma: These are some serious issues and require detailed consideration. We will examine the documents.

Court issues notice. Directs Petitioner to redact the names and share the documents with the government.

He argued that it is not only harming the national interests of the foreign exchange reserve of India but is also being used to provide money to separatists, fundamentalists, Naxals, Maoists, terrorists, traitors, conversion mafias and radical organizations like SIMI, PFI.

The petitioner submitted that the immigration rules for a visa are the same whether a foreigner comes in business class or economy class, uses Air India or British Airways, and comes from USA or Uganda.

Likewise, Upadhyay said that the deposit details in Indian banks, including foreign bank branches for foreign exchange transactions, must be in the same format whether it is export payment in a current account or salary in a savings account or donation in charities current account or service charges payable in YouTuber's accounts. The format should be uniform whether it is converted by Western Union or National Bank or an India-based foreign bank.

"Foreign Inward Remittance Certificate (FIRC) must be issued and all International and Indian banks must send the link through SMS to get FIRC automatically in case Foreign Exchange is being deposited in the account as converted INR," the plea stated.

"Moreover, only a person or company should be permitted to send Indian Rupees from one bank account to another bank account inside the territory of India through the RTGS, NEFT and IMPS and international banks should not be allowed to use these domestic banking transactions tools," it added.