Home Judiciary Disclosure regarding vegetarian or non-vegetarian is part of consumer awareness; Article 21 and 25 are impacted by what’s served on the consumer’s platter; - Delhi High Court
Judiciary

Disclosure regarding vegetarian or non-vegetarian is part of consumer awareness; Article 21 and 25 are impacted by what’s served on the consumer’s platter; - Delhi High Court 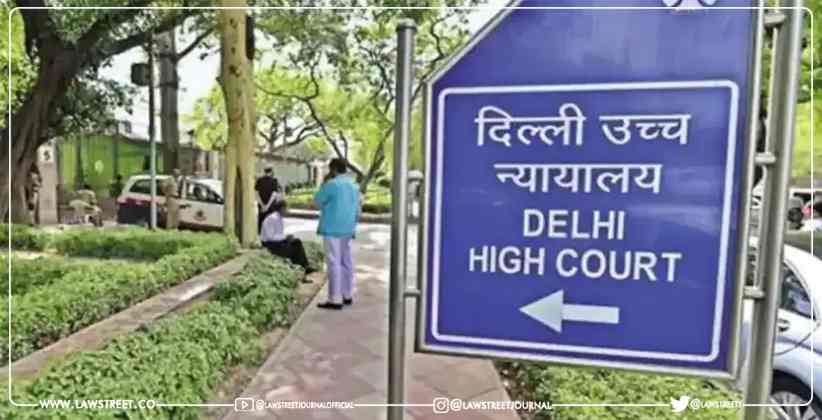 The Delhi High Court observed that it is imperative that explicit disclosure of a food article being vegetarian or non-vegetarian is made, as it determines the right of an individual under Article 21 and 25 of the Constitution of India.

The Court said that complete knowledge of what has been served for consumption is paramount part of consumer awareness.

The matter was heard by the bench of Justice Vipin Sanghi and Justice Dinesh Kumar Sharma.

The plea sought strict guidelines towards the implementation of the existing Rules mandating food manufacturers to label their products according to the nature of the ingredients used therein. The Court added that the objectives of the Food Safety and Standards Act, 2006 are futile in the absence of the authority’s revelation of the food article being vegetarian or non-vegetarian.

It therefore directed that “the Food Safety and Standards Authority of India (FSSAI) to issue a fresh communication to the authorities concerned to state the obligation for making a clear disclosure of food article as to whether it was vegetarian or non-vegetarian.”

"Since the right of every person under Article 21 and Article 25 is impacted by what is offered on a platter, in our view it is fundamental that a full and complete disclosure regarding the food article being vegetarian or non-vegetarian is made a part of consumer awareness," the Court ordered.

The Court also directed FSSAI and Central Government to file their respective detailed counter affidavits. The matter has been listed for a further hearing on the 21st of May’2022.

The Court, in December 2021, had laid down that complete disclosure of all the ingredients that are used for the preparation of an item shall be made. This was deemed necessary by the Court as it said that many a times the ingredients are animal-based and the final food article is passed off as vegetarian with the green dot denoting “vegetarian”

The Court felt that the failure of the authorities, the Central Government and the Food Safety and Standards Authority of India, in checking the lapses is not only leading to non-compliance of the Food Safety and Standards Act, 2006 and the Regulations but is also leading to "deceit by such Food Business Operators of the public at large, particularly those who wish to profess strict vegetarianism."

The Court noted, while adjudicating the matter, that in accordance with its previous order, FSSAI had issued a communication on December 22, 2021 stating every package of non-vegetarian food article having ingredients including additives, from animal sources but excluding milk or milk products, honey or bees wax etc. shall bear a symbol and colour code thereby indicating that the product is non vegetarian.

However, Advocate Rajat Aneja appearing on behalf of the petitioner Ram Gaua Raksha Dal argued that the order had no unambiguous details. There was no reason to believe, said Counsel Rajat Aneja that the order made it clear upon the food operators about the slightest usage making it fall into the non-vegetarian category. The plea has been filed by an association namely Ram Gaua Raksha Dal.

The plea also sought examination of the possibility of making labelling all consumable items based on ingredients as well the manufacturing processes involved.

The petitioner through the present appeal also seeks mandatory labelling upon cosmetics, perfumes, home appliances, apparel and all such products in a similar way so that customers are aware if such products are manufactured by using, components or parts derived from the body of an animal.

The plea stated that the absence of any indication or labelling with respect to the nature of contents of the products and the consequent accidental usage thereof by customers, infringes upon the Fundamental Right to their protection of Life and Personal Liberty. The plea also added that there is a rising consciousness to avoid using products and commodities that have taken their final shape by exploiting an animal.