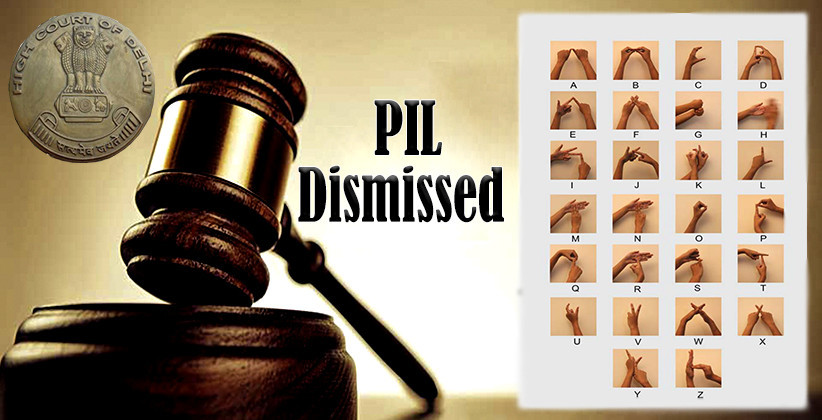 The Delhi High Court has recently dismissed a public interest litigation petition filed seeking a direction to the government to include Indian Sign Language (ISL) in Schedule VIII of the Constitution of India.

"In the petition, the petitioner had argued that due to inadequate awareness about Indian Sign Language, persons with hearing disability suffer immense discomfort and discrimination. The lack of explicit government recognition affects the promotion and preservation of the language. Therefore, the government shall be directed to include Indian Sign Language in Schedule VIII of the Constitution."

On the question of including ISL in Schedule VIII of the Constitution, the court held that the same is a decision that has to be taken by the government and not by the present court.