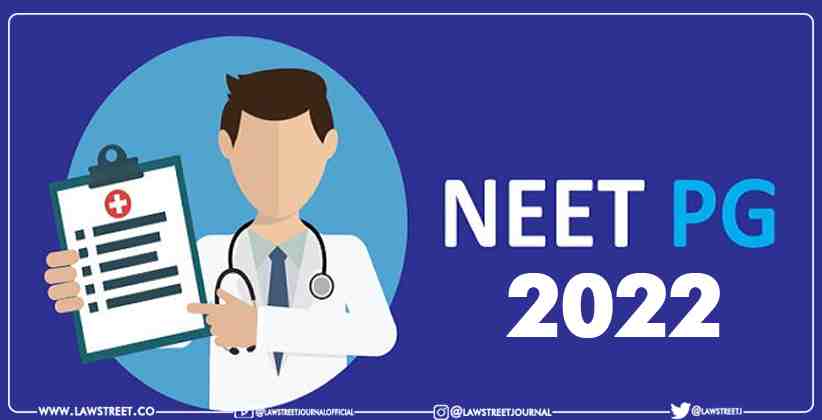 The Delhi High Court stated that it is not inclined to interfere with the cut-off  percentile arrived at by the expert examination body for counselling and admissions to post graduate medical courses through the National Eligibility Entrance Test (NEET).

The Court was hearing a plea filed by three MBBS graduates seeking a reduction in the cut-off percentile set by the Medical Council of India for admission to medical institutions through the NEET-PG examination this year.

CONTENTIONS OF THE RESPONDENT :

The Respondent-authorities on the other hand claimed that it cannot compromise the merit required to become a "Specialist" by allowing the petitioners’ request.

The Respondent authorities, represented by Advocate T Singh Dev, claimed that the percentile system was implemented to increase the number of candidates filling PG seats.

CONTENTIONS OF THE PETITIONER:

The Petitioners, represented by Advocate Varun Singh, claimed that the percentile system excludes several deserving students simply because they do not meet the 50 percentile cut-off.

According to the advocate of the respondent, Singh Dev, the Petitioners have not been able to provide any precedence in which the Courts have interfered with the expert organisations' cut-offs after adequate discussions. He went on to say that the only case that is remotely related is Harshit Agarwal v. Union of India, in which the Supreme Court ordered that the vacant seats in the first year BDS course for the years 2020-2021 be filled from candidates who participated in the NEET(UG) courses for the years 2020-2021 after lowering the percentile mark by 10%.

However, under the particular facts of the case, the same was enacted notwithstanding the Central Government's refusal to decrease the percentile despite a proposal from the Dental Council of India.

The petitioner contended that the Respondents have not disclosed the criteria or aptitude level based on which the percentile is set. He further pointed out that the argument made by Respondents that NEET is essential because not all medical institutions impart the same quality of education is self-contradictory, in as much as under Section 35 of the National Medical Commission Act 2019, medical institutions are granted recognition by the Respondents themselves. Adv. Singh Dev responded that as per the Regulations, the cut-off is 50 percentile and the candidates must understand the cut-off from that reference point alone.

CUT OFF FOR DIFFERENT SUBJECTS

The Petitioner's lawyer further argued that the Respondents are not justified in using the same cut-off for clinical and pre-clinical topics such as Microbiology and Pharmacology. Those who study pre-clinical and para-clinical topics, according to Singh, do not become surgeons. Rather, they are largely involved in research and teaching, which is now being carried out by non-medical teachers due to a lack of seats in pre-clinical and para-clinical courses.
However, Singh Dev responded that this is only a stopgap arrangement to avoid shortfall of teachers; the qualification prescribed for such teachers is capped at 15% for only 3 subjects in case medical teachers are not available.

ORDER OF THE COURT:

Acting Chief Justice Vipin Sanghi and Justice Navin Chawla of the Division Bench noted that the National Board of Examinations in Medical Sciences lowered the cut-off by 15 percentile, allowing approximately 25,000 more candidates to participate in the mop-up round, bringing the seat-to-candidate ratio to 1:3. It predicted that there would be few empty seats left in such a situation.