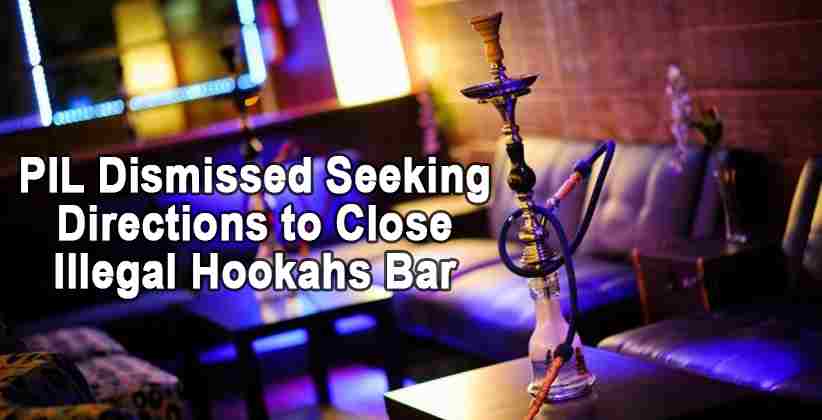 “Everyone has become a champion of filing bogus PILs,” says the division bench of Chief Justice DN Patel and Justice Prateek Jalan while dismissing a petition filed seeking action to close all the illegal hookah bars in Delhi.

A petition was filed in Delhi High Court to sought directions to be issued to South Delhi Municipal Corporation and Delhi Police to close all the hookah bars which are being operated illegally.

On the PIL the bench said for the petitioner that “He's a clerk at a lower court, what does he know about the building regulations and municipal bylaws? This seems like one of those cases where the counsel chooses the Petitioner, instead of the Petitioner choosing the counsel.”

The court expressing its dissatisfaction said that “You pick up any municipal regulation and then come to us saying so many violations are happening. Why don't you come to us highlighting the issue of tax evasions? Are you a super-government or a super-Police Commissioner? You have to do your homework before you approach the court.”

After the court refused to entertain the plea, the counsel for the petitioner sought permission to withdraw the said plea, the permission so was granted and the plea was dismissed as withdrawn. While allowing the withdrawal the bench said that such kind of PILs deserved to be dismissed with heavy cost but keeping in the mind the current situation the same is not being imposed.