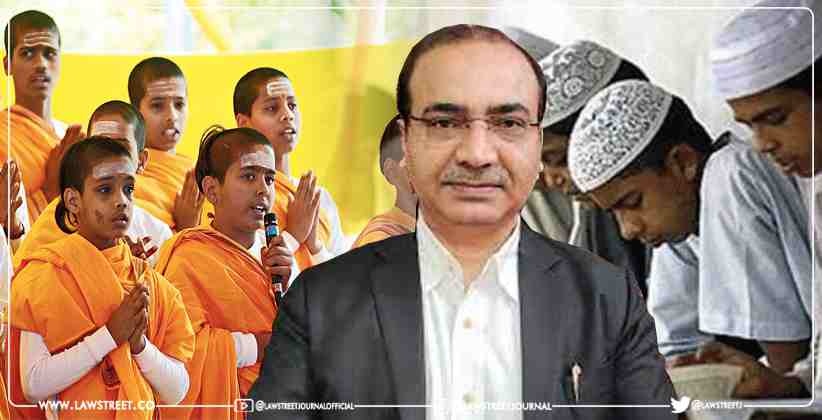 The Chief Justice Court on Wednesday (30 March 2022), granted four weeks to file Counter and two weeks to file Rejoinder. Advocate Manish Mohan appeared on behalf of Centre and informed the Court that the Counter is in the final stages of vetting. The Court accordingly set the next date of hearing on 15 July 2022.

On February 22, a notice had been sent by the Delhi High Court to the Central Government and Delhi state government following a PIL seeking answers on certain provisions of the Right to Education Act (RTE), 2009.

The Public Interest Litigation was filed in the High Court which demanded a common syllabus in all institutions imparting religious education. The PIL thus, sought uniformity in curriculum in all such setups formed under the umbrella of linguistic/ religious bracket.

“The hallmark of the compulsory education system is syllabus and curriculum which must be equally and uniformly applied across the board, so as to ensure conditions, in which each child are placed on an equal playing field, competent to take on the challenges of real-world and empowered to avail the opportunities which life offers in its myriad circumstances, equally,” stated the petition to the Delhi HC.

The plea demanded a common syllabus and curriculum for all the children while stating, “Compulsory education which mandates every child to attend school but lacks in providing an effective common curriculum is worse than providing no education at all.”

The plea stated that the changes in RTE would achieve a “code of common culture, removal of disparity and depletion of discriminatory values in human relations”. “It would also enhance virtues and improve quality of life, elevate the thoughts, which advance constitutional philosophy of equal society” it further highlighted.

BJP leader Upadhyay has argued that. “To showcase their so-called secular credentials, Gurukuls and Vedic Schools were also removed alongside Madarsas under the umbrella of RTE. Today a situation has evolved where the government is unaware of what has been taught in the Madarsas because they don’t fall under the law,” alongside a video that he shared on Twitter.

Justice Jyoti Singh and Justice DN Patel are seeking responses from all respondents while sending notices to the Central Government and Government of NCT of Delhi with respect to the same.