Video Conferencing Link for the Virtual Hearing to be only be given to the Parties Concerned: Delhi High Court Judge 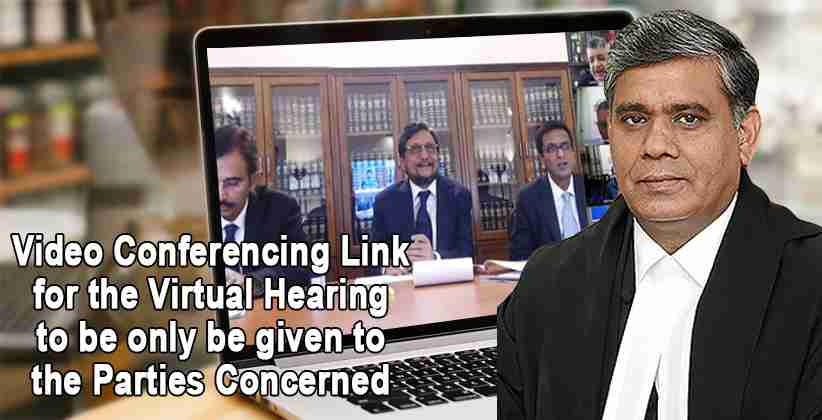 Judiciary Sep 30, 2020 Parul Singhal ( Editor: Ekta Joshi ) 0 Shares
0 Shares
The Delhi High Court Judge, Hon’ble Mr. Justice Suresh Kumar Kait vide its Order dated 21.09.2020 directed the Registry to not provide a link to any person other than the concerned parties, advocates, and to those who are specifically directed by this Court to join the proceedings.

“A very unpleasant situation came before this Court during the hearing of the present case, certain unidentified persons joined the proceedings through VC and could be heard talking continuously, thereby, creating hindrance in hearing the submissions of counsels and proper justice dispensation.” stated in Order.

The Court has further ordered that the said links shall only be provided to the advocates, Investigation officers, parties in person in case the petition is filed for quashing. Besides, it is also made clear that no advocate shall share the link with anyone else except the Senior Advocates or the advocates appearing on their behalf.  The order has come in the case titled Satyam Kumar Sah v. Narcotics Control Bureau, a criminal revision petition. After dismissing the application moved by the Petitioner, the Hon’ble Court avowed,

“I hereby direct the registry/court master to not provide the link of video conferencing to any other person or correspondent and the same shall be provided only to advocates concerned, IO concerned, parties in person in case the petition is filed for quashing and to the persons specifically directed by this court to join the proceedings”

Earlier, the High Court had allowed public viewing of hearings conducted through video conferencing due to the pandemic situation.